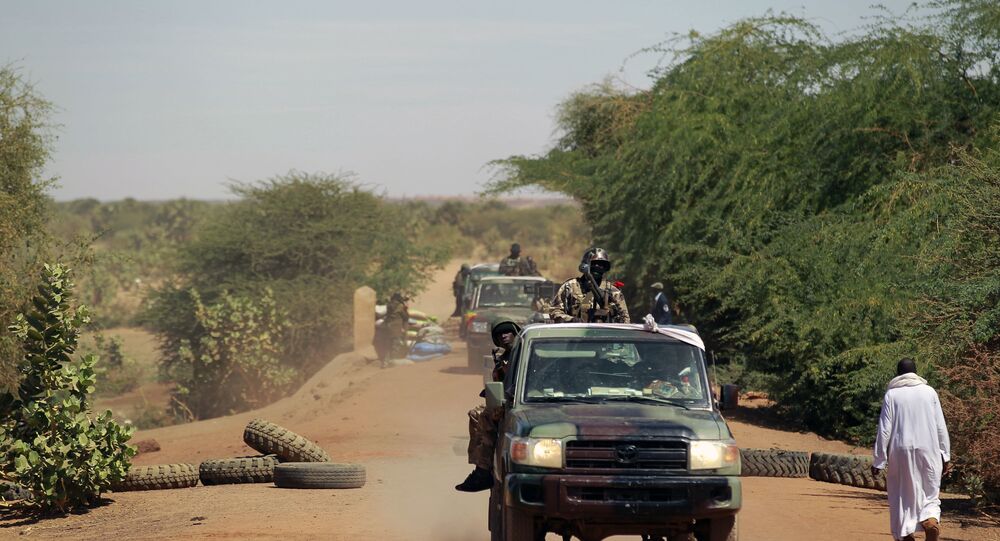 MOSCOW (Sputnik) - Malian security troops have freed the settlement of Farabougou in Segou region in central Mali, which has been under siege by suspected Islamist militants since early October, the army said early on Friday.

"The village of #Farabougou was freed from the hands of satanic terrorists on Thursday, 22 October 2020 by the #FAMa. This is the result of an operation called "#Farabougoukalafia", the armed forces tweeted.

The village was occupied and blocked by armed militants preventing entrance and exit for over two weeks. The military was unable to regain it by force due to efforts by a mediation group to negotiate access to the village without resorting to violence.

​The rescue operation started on Thursday when military troops were deployed to the village by air along with essentials cargos. Malian soldiers reportedly entered the settlement without using weapons, while jihadist fighters cancelled a planned meeting with a mediation group fearing attack by Malian air forces.

Media reports claimed that suspected jihadists have admitted their link to terrorism without naming the terrorist group they belonged to. The Islamists have accused the villagers, members of the Bambara ethnic group, of killing some Fulani people, another ethnic community inhabiting Mali. The attack on the settlement, which resulted in six fatalities and nine villagers going missing,  and its subsequent blockade was an act of revenge, the terrorists claimed.