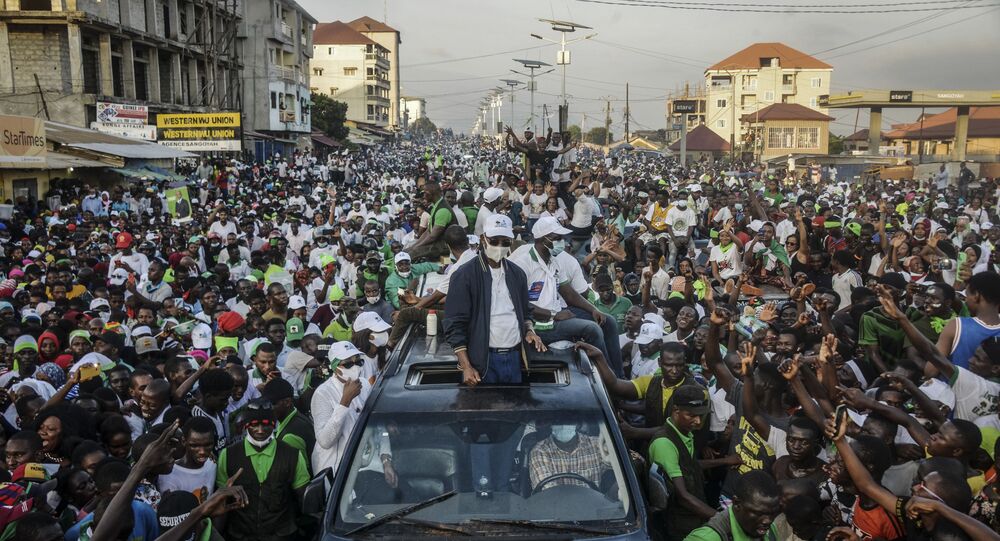 MOSCOW (Sputnik) - Servicemen in the West African country of Guinea appeared to have staged a mutiny, killing the commander of a military base two days before the presidential election, local media reported on Friday, citing unnamed sources.

Voters in Guinea with a population of just over 12 million are expected to go to the polls on Sunday to elect the next president. Alpha Conde, Guinea's 82-year-old head of state, will be seeking a third term.

According to Guinee Matin newspaper, the unrest took place in the city of Kindia where armed people in military uniform killed the commander of the Samoreya camp. They took his car and went to an ammunition depot to obtain arms before going to free their friends who were being held in Kindia civilian prison, the paper reported.

The country's Defence Ministry confirmed the death of the camp commander, Col. Mamady Conde, and has taken measures to bring the situation in the city under control. Entries to and from the capital of Conakry, located 85 miles away from Kindia, have been blocked.