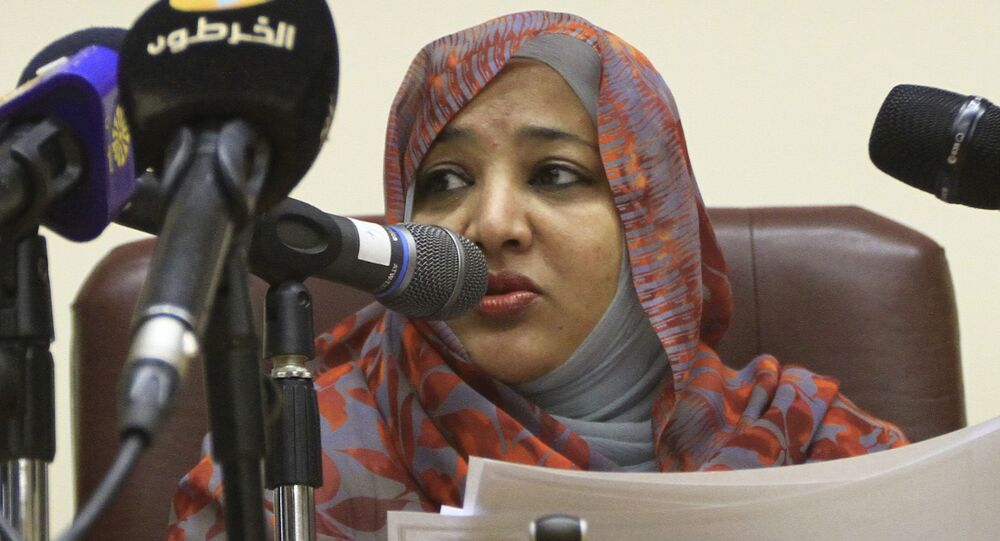 CAIRO (Sputnik) – The Sudanese security forces have rearrested Widad Babiker, the wife of former President Omar Bashir, just a day after she was released on bail, the newspaper the Sudan Tribune reported, citing unnamed sources.

Babiker was freed on Tuesday after serving an almost 11-month prison sentence over financial irregularities and corruption charges, including those directly linked to the Sanad Charitable Foundation that she had chaired.

The newspaper reported that, following Babiker's release, law enforcement officers rearrested her on Wednesday because it was necessary to resume the investigation into her case. According to the source, the wife of the ousted Sudanese leader's health is critical.

The authorities, in turn, have not accepted repeated requests from Babiker's lawyers and members of her inner circle to allow her to leave the country for medical treatment.

Along with illegal financial operations, land manipulations are also on the list of charges brought against Babiker. The investigating team is looking into the origin of multiple bank accounts and plots of land owned by Bashir's wife.

Omar Bashir governed Sudan for three decades before he was toppled by a military coup in April 2019, which brought the Transitional Military Council to power in the wake of months-long mass anti-government rallies. In May of 2019, Bashir was charged with incitement and involvement in the killing of protesters who participated in the demonstrations.

The former president was also accused of financial fraud and is serving a two-year prison term in connection with the matter.