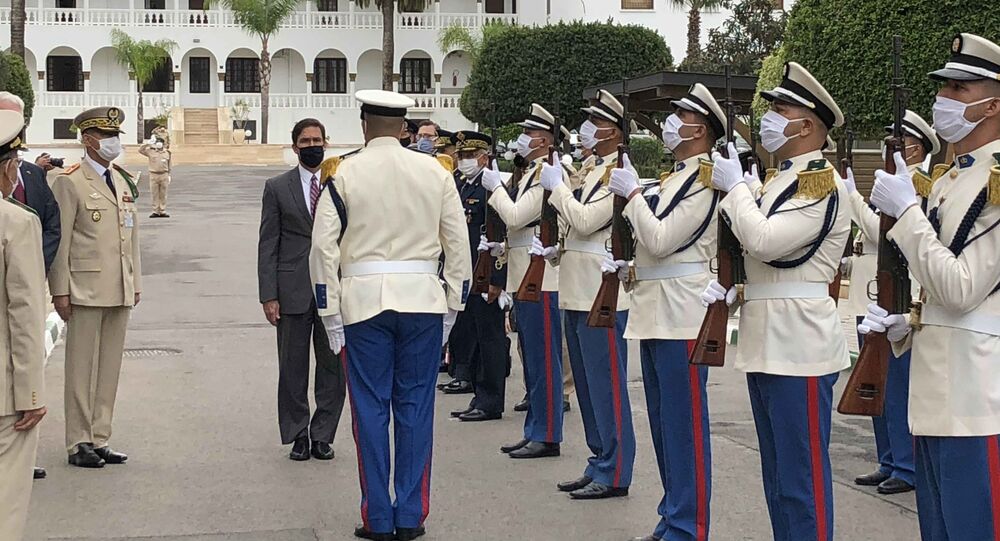 Washington’s newly signed agreements with Morocco and Tunisia seek to lay the groundwork to enhance the countries’ “defense cooperation, partnerships and interoperability” through 2030.

US Defense Secretary Mark Esper, on the last leg of his tour of North African nations, met with Moroccan Foreign Minister Nasser Bourita on October 2 and signed a 10-year agreement to enhance the military readiness of the North African kingdom.

The Moroccan Foreign Ministry issued a statement detailing the military agreement “serves as a road map for defense cooperation and aims to strengthen the strategic partnership between the two countries and support shared security goals,” the Associated Press reported.

While the specific details of the deal were kept under wraps, an October 2 news release from the US Department of Defense noted the agreement will enhance “defense cooperation, partnerships and interoperability.”

Esper claimed that “strengthening our defense partnerships with African governments” is key to resolving regional problems, economic issues and other hurdles in Africa.

"We cannot accomplish this unless we also continue to advance peace and stability and security across the continent," he claimed in a quoted statement.

Esper also visited Tunisia and Algeria during his tour of Africa. A similar 10-year agreement was signed by Esper and Tunisian Defense Minister Ibrahim Bartagi.

"The road map is a shared understanding of where our shared priorities are," Esper said in a quoted statement published on October 1. "It talks about shared objectives, shared interests and shared threats. These are areas where we can work together."

The AP reported that no such agreement has been reached in Algeria, but Esper did meet with Algerian President Abdelmadjid Tebboune and army chief Gen. Saïd Chengriha.

COVID-19 Likely Infected 10% of World’s Population, ‘Difficult Period’ Ahead as Cases Surge - WHO