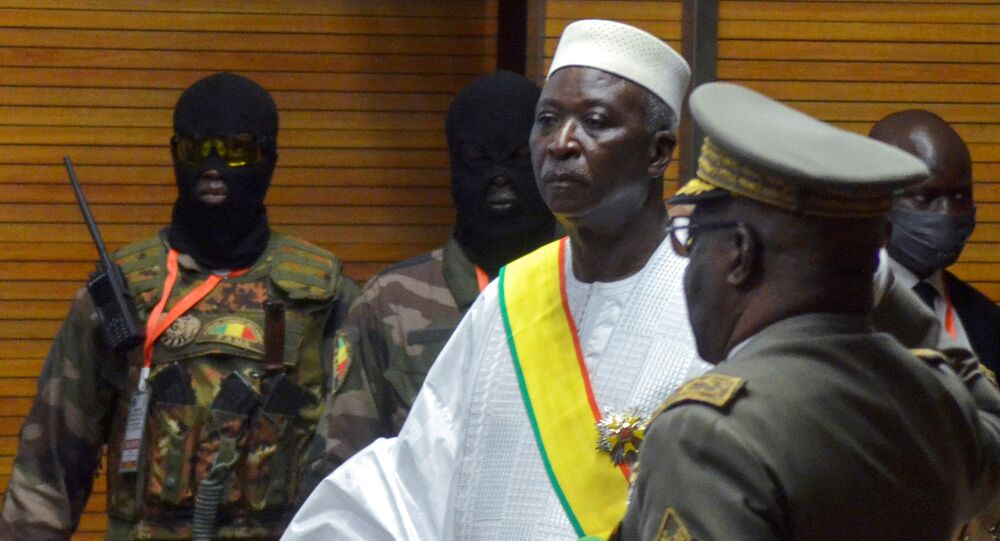 MOSCOW (Sputnik) - The military junta that seized power after a military coup in Mali has published a charter for the transition period that establishes a procedure of handing over power to a civilian government, the Journal du Mali website reported on Thursday.

Such a document was among the demands of the Economic Community of West African States (ECOWAS) for lifting sanctions imposed after the coup.

ECOWAS also demanded clarification of the role of the vice president, an office currently held by one of the coup leaders. Because of that, the charter does not say that the vice president can vie for power even if the interim head of state is unable to discharge his or her duties.

Former Defence Minister Ba N'Daou was appointed the president for this period and took the oath on 25 September. Assimi Goita, the leader of the National Committee for the Salvation of the People (NCSP) mutiny body, was named a vice president.

The military coup first started at a military base near the Malian capital of Bamako on 18 August. Insurgents kidnapped several ministers and high-ranking military officials, including President Ibrahim Boubakar Keita, who later dissolved the government and parliament. Keita and his government were ousted from power, and the military set up the NCSP as the ruling body.