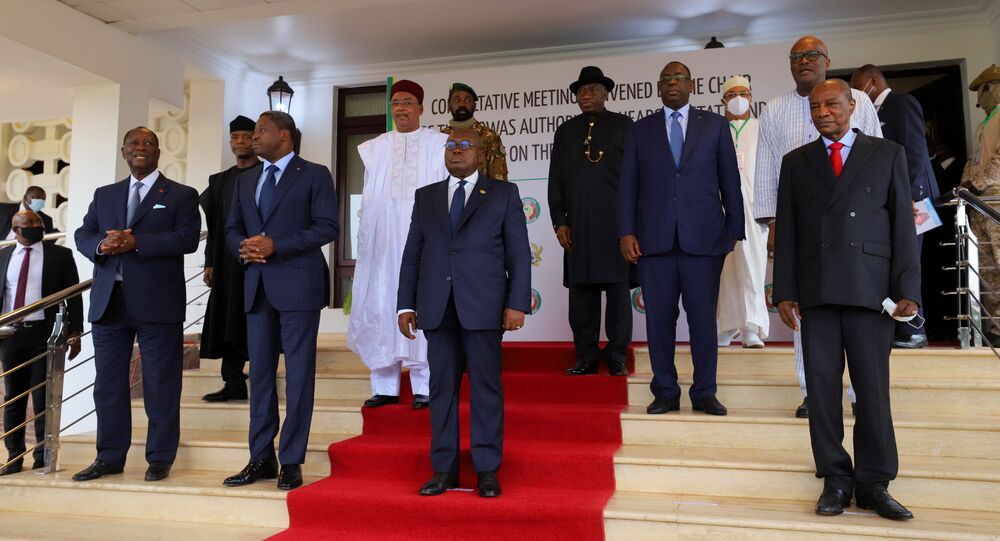 MOSCOW (Sputnik) - France is ready to back the civil transition of power in Mali on conditions set by the Western African ECOWAS regional bloc and takes note of the first appointments to the Malian transition government, the French Foreign Ministry said.

"France is ready to accompany and support the civil transition in Mali that will take place under the conditions set by ECOWAS," the statement released by the ministry late on Tuesday read.

Paris also called the appointments to the transition government an “encouraging first step” in the process of curbing the political crisis in Mali, which should translate into democratic elections of legitimate authorities.

The ministry added that further appointments to the transition government are expected under the observation of African and European experts.

The military junta responsible for the coup in Mali, on Monday appointed former Defense Minister Ba N'Daou as the transition president, who is due to serve on his post for 18 months before a new government is established.

The military coup in Mali began on 18 August not far from the capital of Bamako and resulted in the resignation of then-President Ibrahim Boubacar Keita and his government. The coup leaders established the CNSP (National Committee for the Salvation of the People) governing body until the transition government takes power.

Earlier in September, the 15-nation ECOWAS bloc urged the junta to appoint members of government for a transitional period until September 23, saying it would otherwise impose a full embargo on the country.