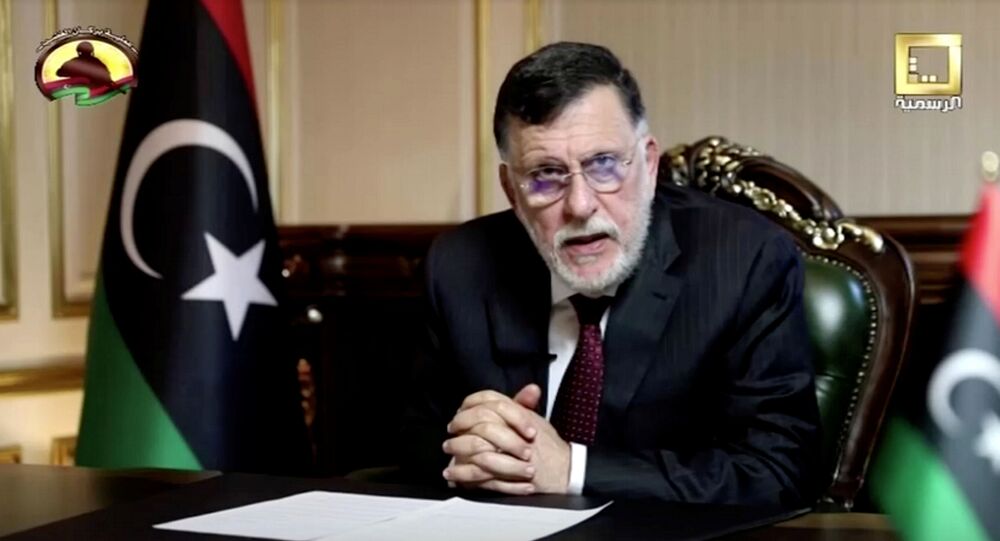 Special Presidential Council Should Be Formed in Libya Due to Sarraj Resignation, Diplomat Says

MOSCOW (Sputnik) - Aref Ali Nayed, an envoy for Libya's eastern-based government, said on Thursday that a presidential council should be urgently formed in the country and a new prime minister should be elected due to the resignation of Fayez Sarraj, the head of Libya's Government of National Accord.

Sarraj announced on Wednesday his intention to transfer powers to a new executive authority by the end of October.

"Now, the challenge is for the 'Libyan Dialogue' that is being conveyed by the UN in Geneva to quickly select a Presidential Council and Prime Minister. The fastest and most constitutional and legal route is the following: Create a Presidential Coucil consisting of, Ex Officio, Head of Parliament and his Deputy, plus Deputy Head of State Council. Also, select a Prime Minister from the list of 14 names pre-vetted and pre-approved by Parliament in full session in September 2015," Nayed, the special envoy of the east-based government's House of Representatives to the United States, the United Kingdom, the European Union and the African Union, said.

The official also noted that Sarraj had agreed to hand over his powers to the new council "after ruling for a full presidential term of five years, without being elected, and without being even nominated by the duly elected Parliament."

"The UN must NOT repeat the mistake of defying the will of Libya's elected legislature. Libyans paid a tragic price for the imposition of Sarraj from outside the Parliament's original list," Nayed stressed.

Sarraj announced on Wednesday his intention to transfer powers to a new executive authority by the end of October.

In Libya, the confrontation continues between the GNA, which controls Tripoli and territories in the west of the country, and the Libyan National Army, under the command of Marshal Khalifa Haftar, which cooperates with the parliament sitting in the east. The GNA is supported Turkey and Qatar, and the LNA is backed by Egypt and the United Arab Emirates.