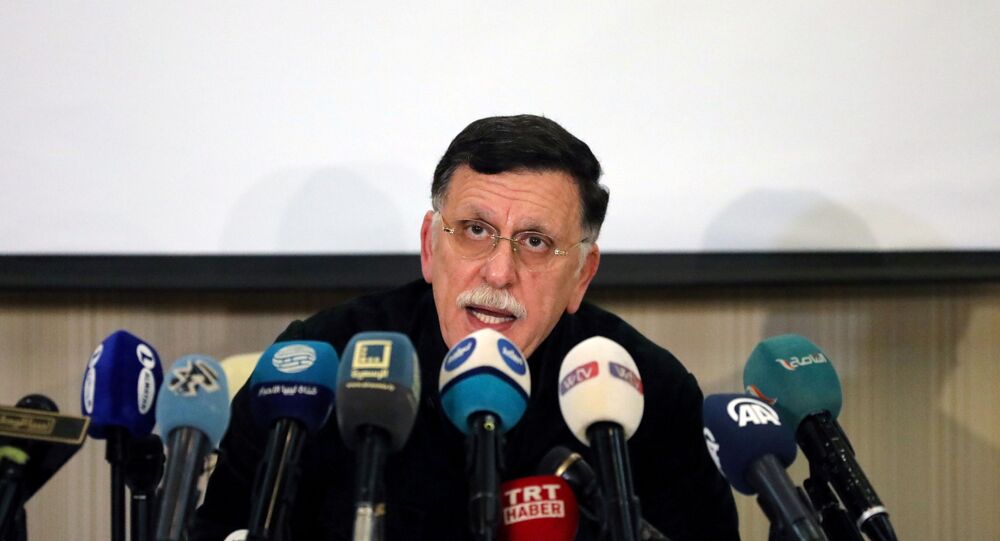 ALGIERS (Sputnik) – A source in the Algerian presidency revealed that the head of Libya’s Tripoli-based Government of National Accord (GNA), Fayez Sarraj, was due to resign later on Wednesday,

"Mr. Fayez Sarraj is expected to submit his resignation in the coming hours due to pressure," the source said.

Earlier on Tuesday, the Bloomberg news agency reported, citing informed officials, that Sarraj was planning to announce his resignation at the end of the week and had already discussed it with Libyan and international politicians.

According to LNA spokesman Ahmed Mismari, Sarraj is "under immense pressure" from armed groups, Interior Minister Fathi Bashagha, Turkey and a number of other countries that are "implementing the project of foreign hegemony over the resources of the Libyan people."

Mismari, however, ruled out his resignation as it could  put an end to the Skhirat agreements, which provide [the GNA with] international legitimacy that let foreign countries interfere in Libyan affairs.