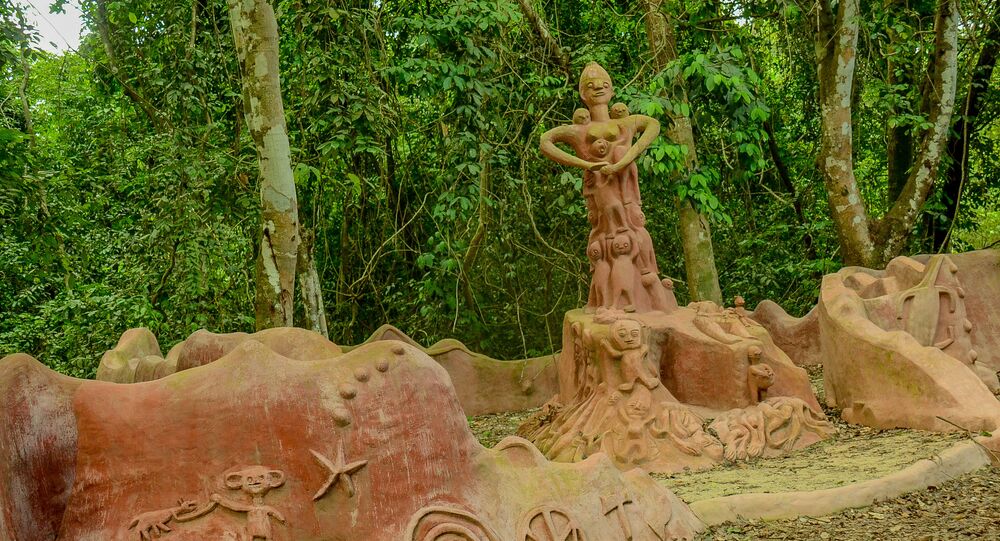 Four Nigerians and one Cameroonian, aged between 22 and 29 years old, were arrested alongside the adult film star.

‘‘Awosunwon of Idinleke Temple, Osogbo, reported to the [sic] us that he sighted Tblakhoc dressed in Osun traditional attire in a sex movie with a naked young lady shared on the social media,” Odoro explained.

Osun, or Oshun, is a deity of the Yoruba people in southwest Nigeria. She is considered to be one of the most powerful orishas (minor gods) and commonly tied to purity, fertility, water, love and sensuality.

Odoro told Premium Times that the video was recorded on July 25 and then published to several pornographic websites. Clips of the video were also seen on social media, where Jolaosho typically advertises his work.

Police spokesperson Opalola Yemisi explained to the BBC that the adult film star, who doubles as his own producer, may have “breached public peace” and will be called to court following an investigation.

"The accused persons are being prosecuted for acting in a film which appeared on the face of it to bear a pornographic picture of young girls who were half-naked and thereafter published or sent for public consumption," the charge sheet read, as reported by Premium Times.

Police prosecutor Idoko John accused Jolaosho and his accomplices of conspiring to commit a deliberate act of disrespect against the temple, which has been a UNESCO World Heritage site since 2005.

All six individuals arrested in connection with the incident have pleaded not guilty and ordered to be remanded in the Ilesa correctional center, awaiting a September 17 ruling regarding bail.