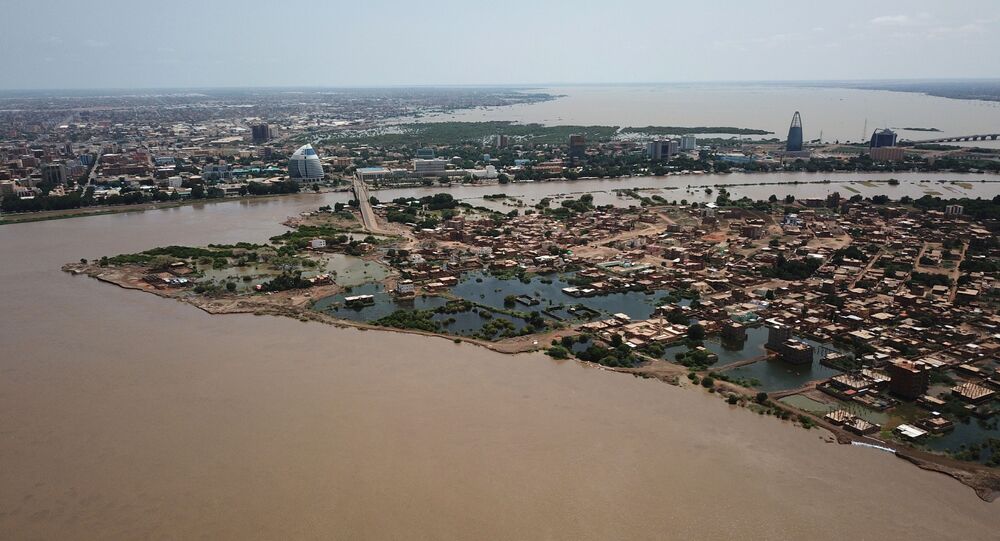 MOSCOW (Sputnik) - Water accumulated as a result of flash floods that hit Sudan and South Sudan amid the stalled talks on the Great Ethiopian Renaissance Dam (GERD) construction should not be wasted but rather efficiently utilized by the Nile basin countries, South Sudan’s Ambassador to Russia Chol Tong Mayay Jang said.

"We in South Sudan are also concerned because we are all along the Nile. The Nile basin countries are supposed to sit and reach an agreement on how to use the Nile water. The downstream countries and the upstream countries should really agree because each of them are beneficiaries… The agreements [made] now have to be reviewed, and that will not be to disadvantage of Egypt, because we know that Egypt is entirely dependent on irrigation," Jang said.

According to the diplomat, the Nile basin countries should come to a consensus on how to effectively use the floodwater, especially in light of their disagreements over GERD.

"This water is wasted but it could really benefit the downstream countries… This water can be used by Ethiopia," Jang said.

When asked whether South Sudan shared any concerns over the construction of the GERD, Jang reacted positively, adding that it was going to eventually become the first-ever dam constructed on the Nile River.

The ministers of water affairs of Sudan, Ethiopia and Egypt are expected to meet next week to continue talks on the dam's first filling and operation. The GERD has been under construction by Ethiopia on the Blue Nile since 2011 and is set to become Africa's largest hydroelectric power plant. But Egypt and Sudan fear its effects on their own water security. The three countries have held dozens of rounds of talks but have failed to agree on how soon the dam should be filled.

Since mid-July, North African countries have been experiencing an unusual level of heavy rains, which have caused an outflow of the Blue Nile river and resulted in over 37,000 homes destroyed and nearly 90 people killed.