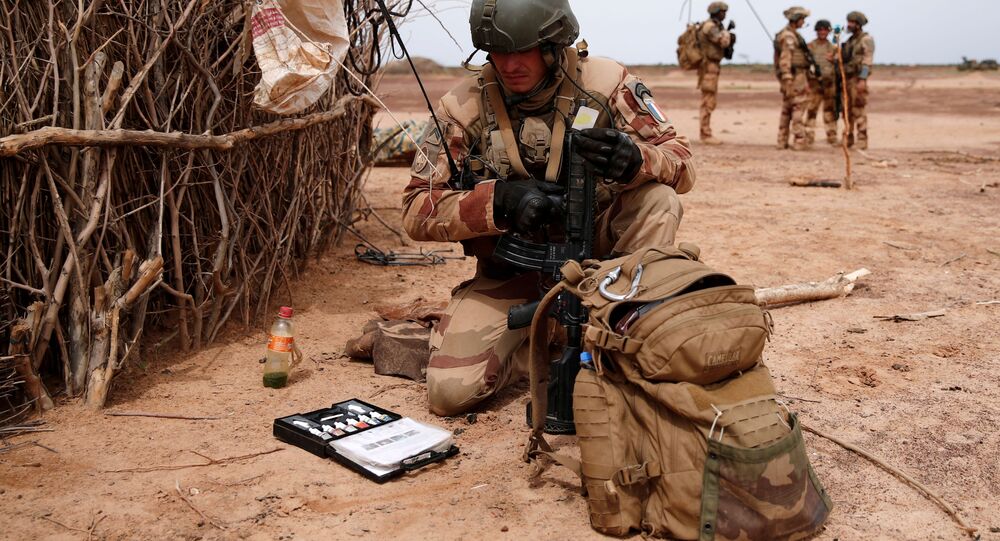 NOUAKCHOTT (Sputnik) - Three people have been injured in an explosion of a French military vehicle in Mali on Saturday morning, a military source said on Saturday.

The explosive device went off along the car's route in the northern area of the country, injuring three servicemen stationed in the country as part of the Barkhane operation, according to the source.

France is conducting the Barkhane operation in Africa's Sahel, fighting terrorism and trying to stabilize the situation so that the region's countries could maintain security on their own.

Paris has deployed approximately 4,000 servicemen to Mali since 2013.

Last month, Mali was shaken by a military mutiny after a group of Malian soldiers took control over a military base near Bamako and seized President Ibrahim Boubacar Keita and some other high-ranking officials.

After Keita announced his resignation and the dissolution of parliament, the rebel leaders established the National Committee for the Salvation of the People (CNSP) as Mali's main governing body.