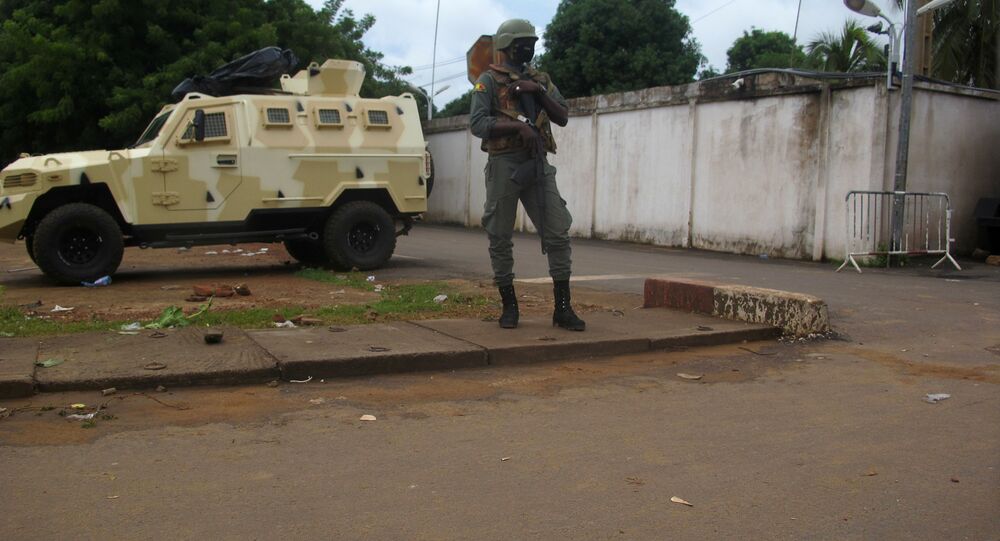 Earlier this week, a military mutiny took place in the country, with militants detaining the Malian president, the prime minister, and several high-ranking officials.

Four soldiers were killed and one more injured when a car ran over an explosive device in Koro district, not far from Mali's border with Burkina Faso, AFP reported, citing a military source.

This comes just days after a military mutiny in Mali, which resulted in the detention of President Ibrahim Boubacar Keita, Prime Minister Boubou Cisse, and other top government officials. President Keita later announced his resignation and the dissolution of the parliament.

On Thursday, the Economic Community of West African States (ECOWAS) said it was going to send a high-ranking delegation to Mali to help restore constitutional order there. The organisation added that it wants to seek the reinstatement of Keita as the Malian president.

Mali has been experiencing a political crisis recently, with the opposition June 5 movement conducting protests to push for the resignation of President Keita. Opposition supporters insist that he failed to deal with corruption and to restore security in the country.

The situation in Mali has been exacerbated by continuing jihadist violence that started in 2012 when a mutiny at a military base in Kati led to a coup d’etat.