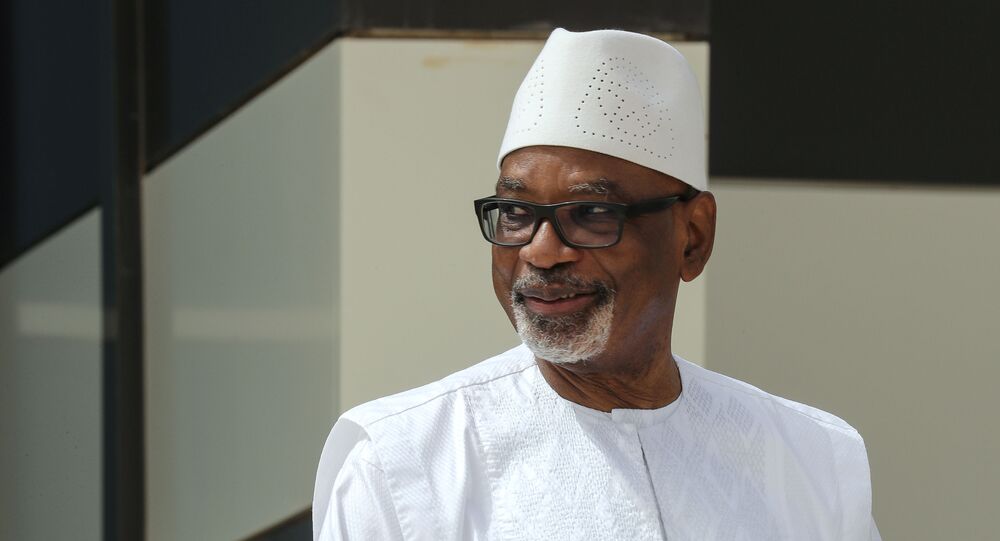 On Tuesday morning, a group of officers from the Malian armed forces staged a mutiny, capturing the country’s President Ibrahim Boubacar Keita and Prime Minister Soumeylou Boubeye Maiga and reportedly taking control of the capital Bamako.

Ibrahim Boubacar Keita said on Tuesday night he was resigning and dissolving parliament and dismissing the government.

"I want no blood to be spilled to keep me in power", he said in a speech broadcast on state television. "I would like at this precise moment, while thanking the Malian people for their support throughout these long years and the warmth of their affection, to tell you of my decision to relinquish my duties".

In the meantime, the officers who took control of Bamako have vowed a transition leading to new elections, establishing a committee of salvation for the people.

"We, the patriotic forces grouped together within the National Committee for the Salvation of the People (CNSP), have decided to take our responsibilities before the people and before history", Colonel-Major Ismaël Wagué, Deputy Chief of Staff of the Air Force, declared on public television network ORTM. He noted that the country's international agreements will be respected.

At the same time, the officers have imposed curfews and closed the country's borders.

Earlier, ECOWAS suspended Mali from its decision-making bodies and all financial flows with the country and called for sanctions against "putschists and their partners and collaborators".

The president's resignation comes in the wake of an ongoing political crisis in the landlocked West African state, with supporters of the opposition “June 5 Movement” taking to the streets to demand Keita's resignation starting earlier this summer. Clashes on 11-12 July between protesters and security forces led to the deaths of 11 people, with over 120 reported injured.

The opposition accuses Keita of failing to deal with corruption and restoring security in the country amid escalating jihadist and inter-communal violence. The former have also criticised controversial legislative elections held in late March that were reportedly accompanied by kidnappings and death threats against observers and local officials.