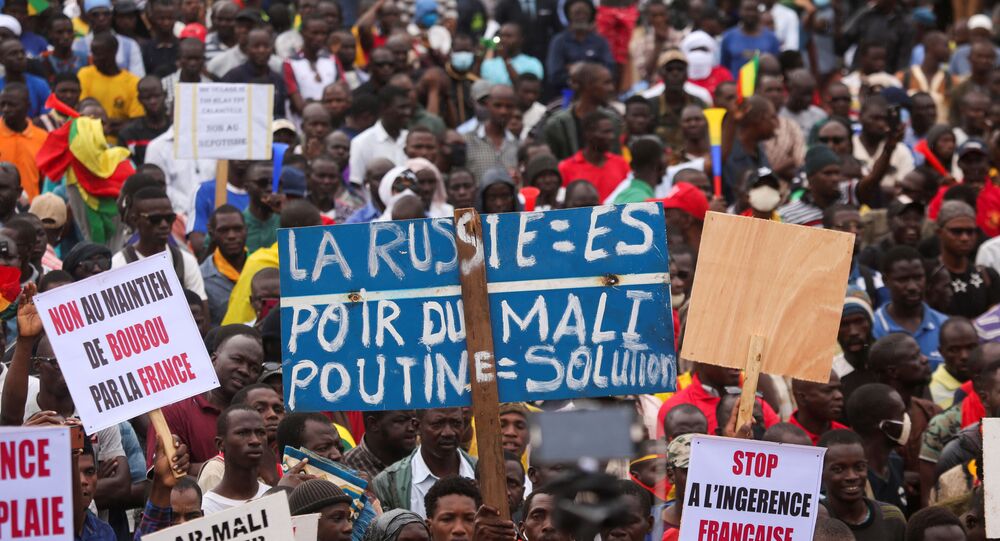 MOSCOW (Sputnik) - Malian servicemen's financial demands have allegedly become the reason for the Tuesday mutiny at the Kati military base, the Malijet news portal reported.

Earlier in the day, some European embassies urged their citizens to stay home, following reports of gunfire in the capital of Bamako and the Kati military base. According to our sources, the rebels had arrested a number of ministers and high-ranking officers.

Rebels have looted ammunition depots to express their discontent with the command and demand additional payments, Malijet reported.

The gunfire is still reportedly heard at the military base.

In the meantime, according to the Maliweb portal, the riot was staged by a group of high-ranking military officials, including Colonels Diaw and Camara, as well as General Cheick Fantamadi Dembele. At the same time, according to the LSI Africa media outlet, the mutiny was organized by four military officials, with Colonel Mama Sekou Lelenta involved.

Various Malian media outlets reported earlier in the day that the rebels had kidnapped Moussa Timbine, the president of the country's parliament, as well as the economy and finance minister, Abdoulaye Daffeallegedly, and had allegedly detained Malian Foreign Minister Tiebile Drame.

The unrest comes amid the ongoing political crisis in Mali, as the June 5 protest movement has been pressing incumbent President Ibrahim Boubacar Keita to step down after his 7-year reign.