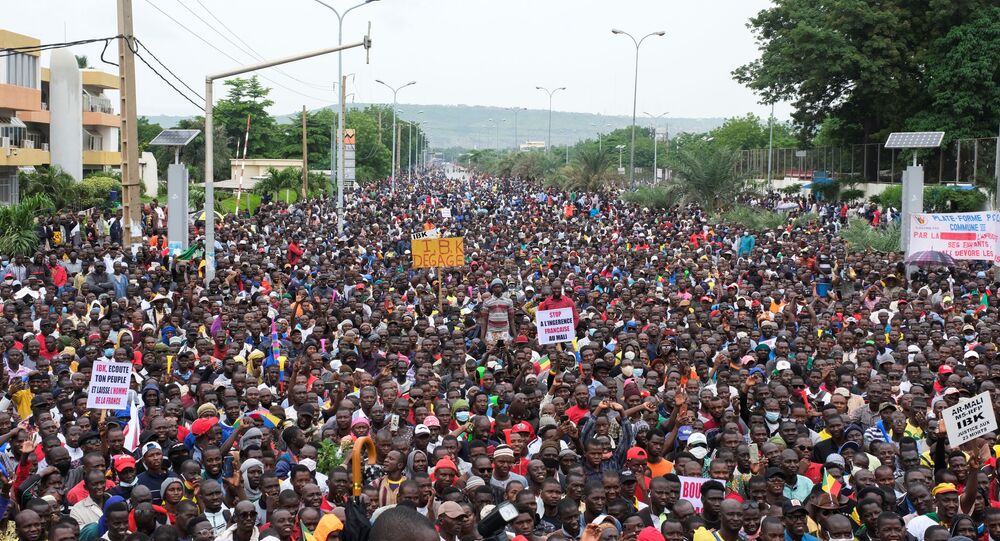 Earlier in the day, several western embassies in Mali reported a mutiny at an army base in Kati outside the capital Bamako.

Rioters in Mali have detained several ministers and senior officers, our sources said.

Foreign Minister Tiebile Drame and Economy and Finance Minister Abdoulaye Daffe were detained by rebels and transported to an unknown location.

A military source said that the "capital Bamako has been surrounded to prevent any rebellion that might take place."

Bamako’s authorities ordered that official buildings and embassies be shut and employees go home as the government remains on alert for a wider coup attempt.

Earlier on Tuesday, several western embassies in Mali said that gunfire was heard at an army base outside Bamako, adding that a military mutiny was possibly underway.

According to a local doctor, who was quoted by AFP, soldiers fired their guns into the air at a military base in Kati.

"There were lots of them and they were very nervous," he said, according to the agency.

"Yes, mutiny. The military has taken up arms," a security source said, as quoted by Reuters.

France’s embassy in Mali has urged its citizens to stay home.

"Due to the tensions reported this morning, August 18, in Kati and Bamako, it is immediately recommended to remain at home," the embassy's statement read.

The unrest comes amid the ongoing political crisis in Mali, as the opposition June 5 movement has been conducting protests to push for the resignation of incumbent President Ibrahim Boubacar Keita. Opposition leaders announced plans for a new series of anti-government protests to start on Tuesday. Keita's critics insist that he has failed to deal with corruption and restore security in the country.

The situation in Mali is exacerbated by the ongoing jihadist violence that started in 2012 when a mutiny at the military base in Kati led to a coup d`etat.