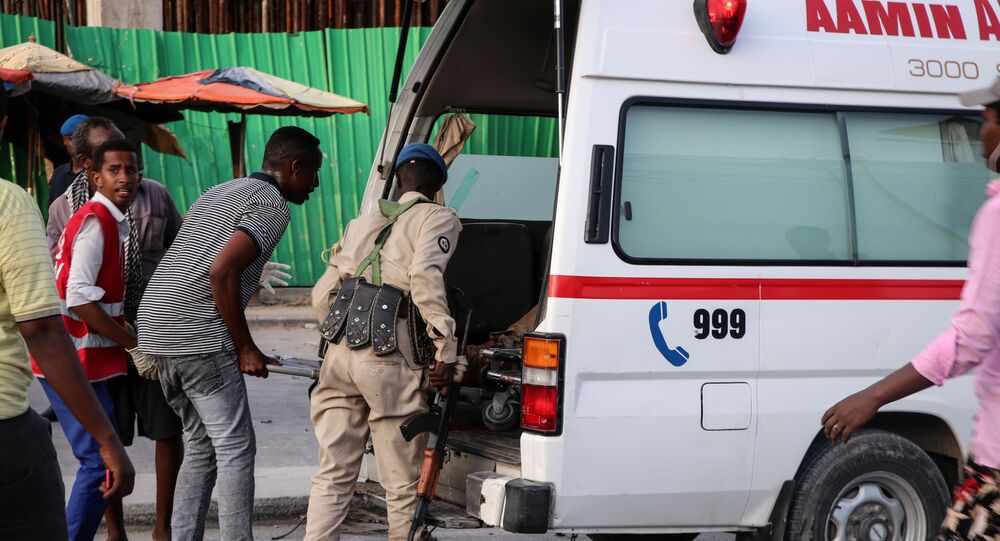 Eight Soldiers Killed, Over 14 Injured in Suicide Bomb Attack at Military Base in Mogadishu, Somalia

The incident comes as the Somali government has ramped up its fight against al-Shabab group in the southern regions of the country. At least six militants were killed on Thursday as a result of the government operation.

At least eight soldiers were killed and more than 14 others injured after a suicide bomber detonated an explosives-laden vehicle at the gates of a military base in Mogadishu, Somalia, AP reported, citing a police officer.

The explosion reportedly took place at the 12th April Army Brigade base near a sports stadium in the Warta-Nabadda district.

​The African country has been engulfed in a civil war between clan-based armed groups since the early 1990s. The situation has been further complicated by Al-Shabaab militants, linked to the al-Qaeda* terror group, who have staged multiple attacks in Somalia in a bid to establish a radical version of Sharia law.