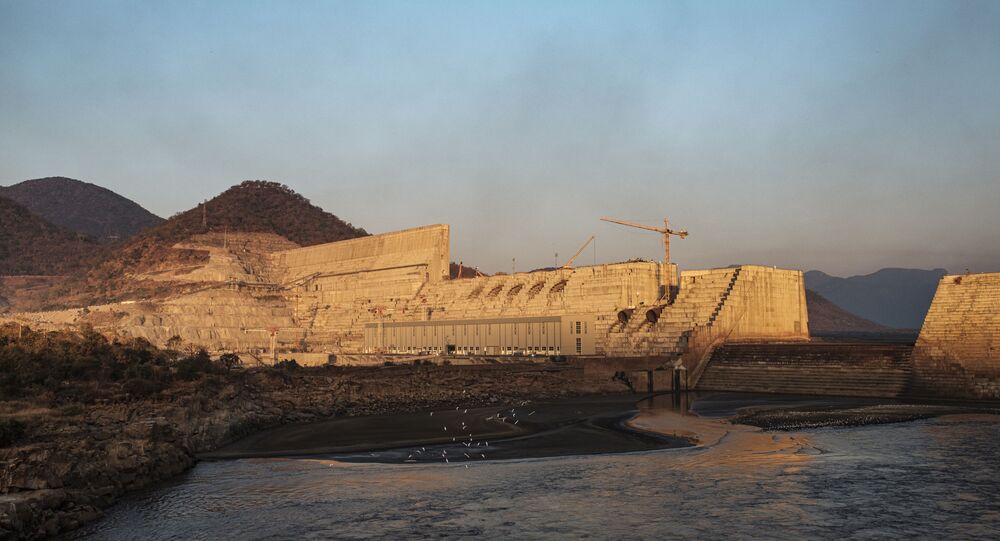 Downstream states Egypt and Sudan both object to the construction of a giant dam on the River Nile in upstream Ethiopia, saying the project threatens the flow of the river, on which all three countries depend heavily.

An Ethiopian official denied reports that the country has started filling the reservoir behind its disputed Grand Renaissance dam, Sudan’s foreign ministry said on Thursday.

Ethiopia’s charge d’affairs denied in a conversation with a senior Sudanese diplomat that it had closed the dam gates, the ministry added.

The three African countries have been caught in a bitter dispute over Ethiopia’s $4-billion project to build a giant hydroelectric dam on its section of the River Nile.

The Grand Ethiopian Renaissance Dam (GERD) project is designed to double the country’s current electricity output and become the largest-ever dam on the continent. Addis Ababa initially wanted to start filling the reservoir this month.

However, both Egypt and Sudan, which are downstream of the dam, are seeking to reach a legally-binding agreement first. Egypt, which gets more than 90 percent of its water from the Nile, fears that unilateral filling of the dam by Ethiopia could dramatically cut its freshwater supply and Cairo took the dispute to the United Nations Security Council in late June.

Sudan, which is located between Egypt and Ethiopia, could benefit from cheap electricity but warns that filling the GERD without a deal in place could compromise the safety of its own Roseires dam.

Ministerial-level talks stalled in June, with Egypt accusing Ethiopia of making an unacceptable proposal under which it could unilaterally amend the conditions for filling the reservoir. Ethiopia in turn accused Egypt of orchestrating cyber-attacks to disrupt the project. The three parties agreed that filling would be delayed until they reach a comprehensive deal.

On Wednesday, the day after a new round of talks yielded no agreement, Ethiopia confirmed satellite images showing that water levels in the reservoir had risen from 525 metres to 560 metres. Ethiopian Water Minister Seleshi Bekele attributed the filling to heavy rainfall in the area, adding that the inflow was greater than the outflow.

Sudan’s irrigation ministry, meanwhile, said that water levels on its side of the river dropped by 90 cubic meters in one day and demanded clarification from Ethiopia.