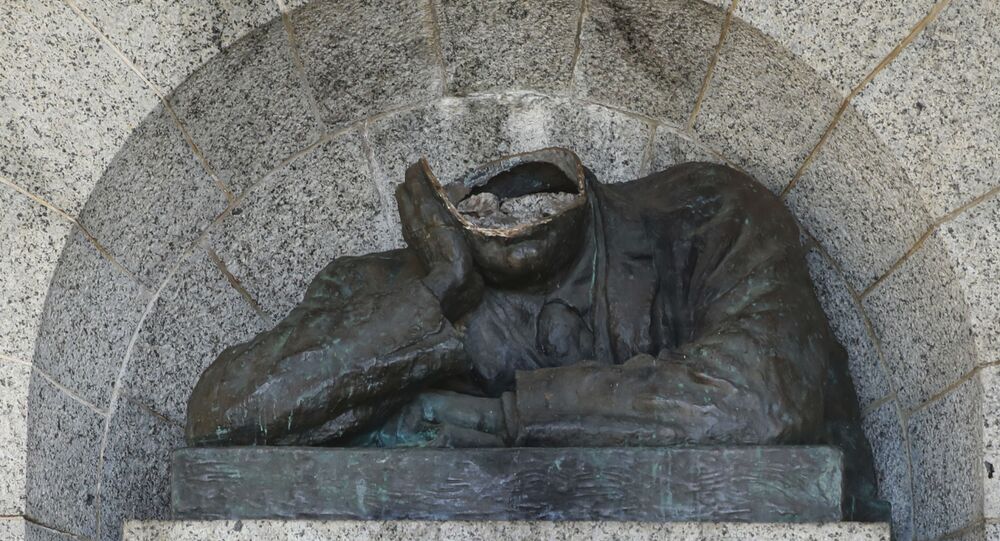 Cecil Rhodes has long been a controversial figure in the history of South Africa. The 19th century business leader and politician made a fortune through the labour of black diamond miners and introduced legislation which limited land ownership among black people.

A statue of 19th century colonialist Cecil Rhodes has been decapitated by activists in Cape Town in South Africa.

The bronze bust, which is housed at the Rhodes Memorial on the slopes of Table Mountain, had its head removed by a vandal using an angle grinder, according to South Africa National Parks.

This is the latest statue associated with slavery or imperalism to be targeted, amid the recent Black Lives Matter anti-racism and anti-police-brutality protests inspired by the death of African American George Floyd in Minneapolis.

Cecil Rhodes statue in cape town has been re-arranged, salute to the forces for the Lord's work. pic.twitter.com/ZwXVTZ2tqp

In a statement, South Africa National Parks said that the incident occurred between Sunday night and the early hours of Monday morning. The park's administration reported the incident as a case of vandalism to the police.

Cecil Rhodes was a British mining magnate and politician who profited from exploiting black labour in South Africa’s diamond mines.

He served as prime minister of the Cape Colony, now South Africa, between 1890 and 1896 and during this period he introduced legislation limiting the amount of land that black people could own.

His memorials have long been a point of controversy in South Africa. A 2015 movement, known as “Rhodes Must Fall” inspired a wave of student protests which resulted in another statue of Cecil Rhodes being removed from the University of Cape Town campus.

Last month, a college at Oxford University agreed to take down a statue of Cecil Rhodes, after years of pressure from campaigners.