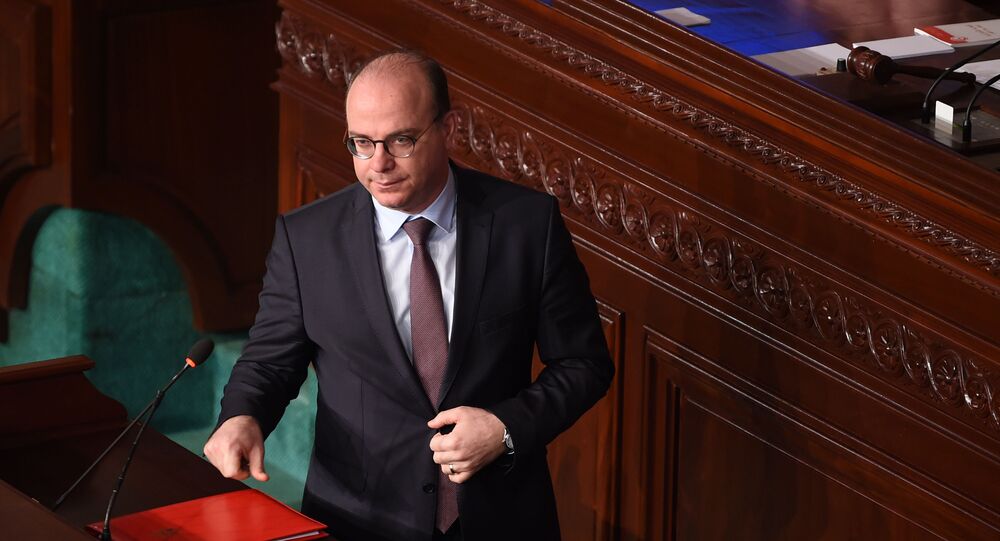 The country's president will now have a week to nominate a replacement to the post of prime minister, who will be given two months to form a new government.

Fakhfakh presented his resignation after Tunisia's moderate Islamist party Ennahda, the main party in the ruling coalition, decided to push for a vote of no confidence in the government.

On Monday, the prime minister unveiled his intention to reshuffle the cabinet after being criticized by the Ennahda Movement, also known as Renaissance Party, that announced a conflict of interest due to the fact that Fakhfakh owns shares of several companies. One of them, working in the field of environmental protection, won two state tenders for 44 million dinars ($15.6 million). The Tunisian law prohibits the prime minister from owning shares in companies that have commercial dealings with the government.

Elyes Fakhfakh became the country's prime minister in February. Previously, he served as finance minister and tourism minister. After he assumed the position of prime minister, he formed a cabinet that brought together parties with very different agendas, however, they have failed to agree on key policy issues.