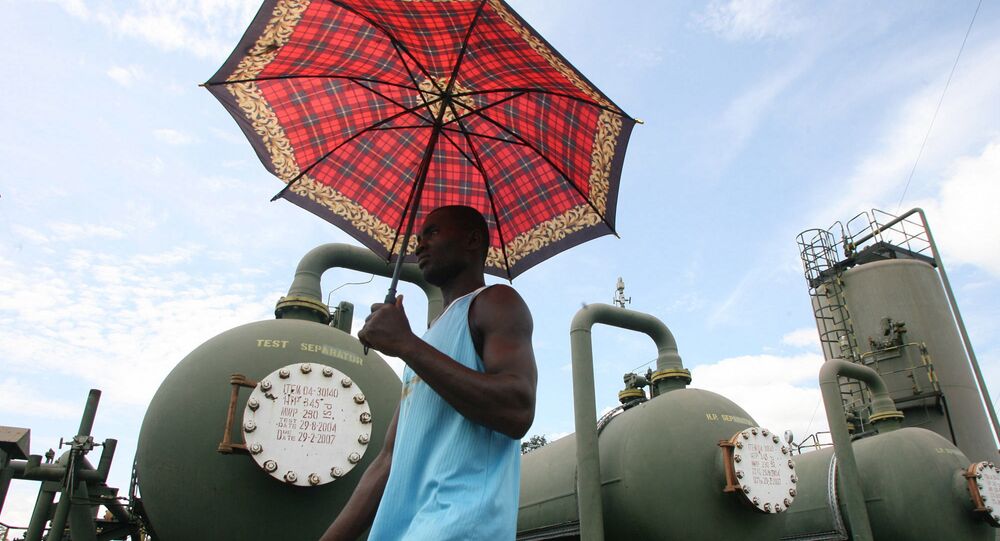 MOSCOW (Sputnik) - Timipre Sylva, Nigeria's minister of state for petroleum resources, has made a commitment to the Saudi energy minister, Prince Abdulaziz bin Salman Al Saud, to meet the oil cut targets set out in the recent OPEC+ deal, given the African nation's earlier failure to reduce output to the required level.

Sylva confirmed his country's commitment in a joint Monday statement following an earlier call with his Saudi counterpart, ahead of the OPEC+ meetings on future oil production cuts.

The OPEC+ Joint Technical Committee (JTC) will convene on Tuesday and will be followed by a Ministerial Monitoring Committee (JMMC) meeting on Wednesday.

"HE Minister Sylva confirmed the commitment of Nigeria to the OPEC+ agreement. He clarified that his country has not yet met the terms of that agreement, and is currently below the level of the agreed cuts," reads the joint statement, quoted by the state-run Saudi Press Agency.

The Nigerian minister committed to meeting the OPEC+ target and reducing output further to compensate for overproduction over the past two months, according to the statement.

"HE Minister Sylva also confirmed that Nigeria will raise its level of conformity to 100 percent, and will compensate during the months of July, August and September, for the over-production in May and June," the statement read, quoted by the agency.

Iraq has also experienced difficulty in meeting the new production targets, although Baghdad's oil minister, Ihsan Abdul Jabbar - who also held talks with the Saudi energy minister earlier in the day - said that the country will look to reach full compliance by August.