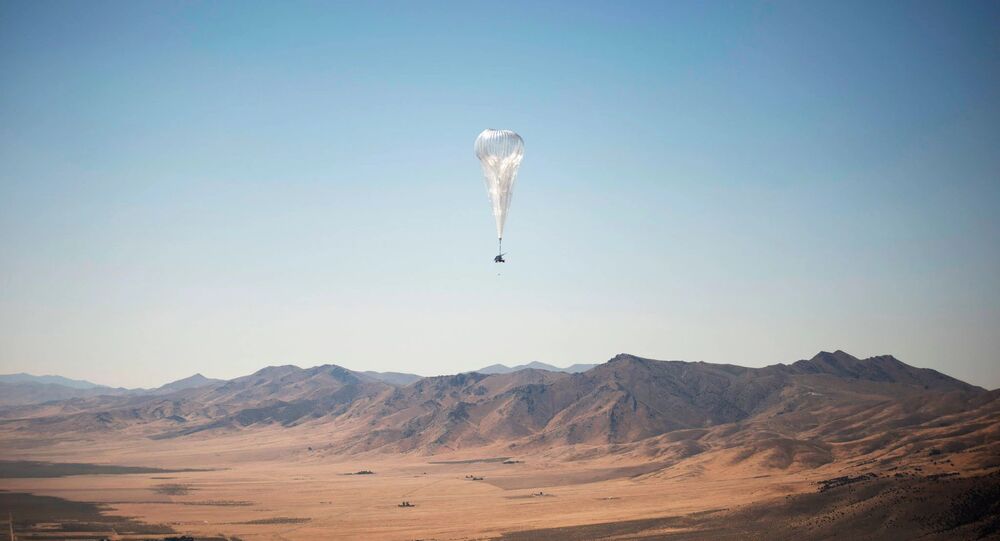 According to UN’s International Telecommunication Union data, more than 70% of the population of Africa remained offline in 2019, something American telecom giants are set to change. They started with Kenya though, a country that has already connected most of its population to the web.

A bunch of 4G high-altitude balloons were deployed across Kenya on Tuesday, as part of commercial efforts to provide internet access to tens of thousands of citizens, the New York Times reported.

The released balloons are estimated to be the size of a tennis court and are made from sheets of clear polyethylene. It is believed that the giant objects, referred by media as “floating cell towers”, will be able to provide internet access to around 50,000 square kilometres of western and central Kenya.

The balloons are powered by solar panels and are estimated to be able to float in the stratosphere for over 100 days before they return back to Earth with the help of ground control software.

The balloons' 4G internet service is expected to provide internet to remote areas of Kenya and will cover a region spanning 50,000 sq km. pic.twitter.com/JQwK6A8V2T

​The project was first announced several year ago by Loon, a subsidiary of Google’s parent company Alphabet. It has been recently greenlighted by the Kenyan government, with President Uhuru Kenyatta arguing that 4G balloons will enable the country to “retain its competitive advantage” in technological innovation.

The Loon defines itself as “a network of balloons travelling on the edge of space, delivering connectivity to people in unserved and underserved communities around the world”. It carries the project in collaboration with Telkom Kenya, one of the largest internet providers in the region. The companies have already launched 35 balloons in recent months as a part of testing efforts. According to the NYT report, these months of preparation managed to connect over 35,000 Telkom users to the web. WhatsApp calls and video streams can now be enjoyed by inhabitants of Kenya’s most remote towns.

The East Africa’s country still remains one of the most advanced nations in the region in terms of internet access – according to estimates, around 80% of its 48 million people are already online.

Loon executives however believe that it is still “an ideal place” to begin “this new era of stratospheric communications”.

“The country has been incredibly innovative about finding new ways to connect unconnected populations. As a new, innovative technology, this is a great fit,” Loon’s chief executive Alastair Westgarth told NYT via email.

According to a recent report by United Nations’ International Telecommunication Union, only slightly more than 28% of people in Africa were connected to the internet in 2019, one of the lowest regional rate in the world.