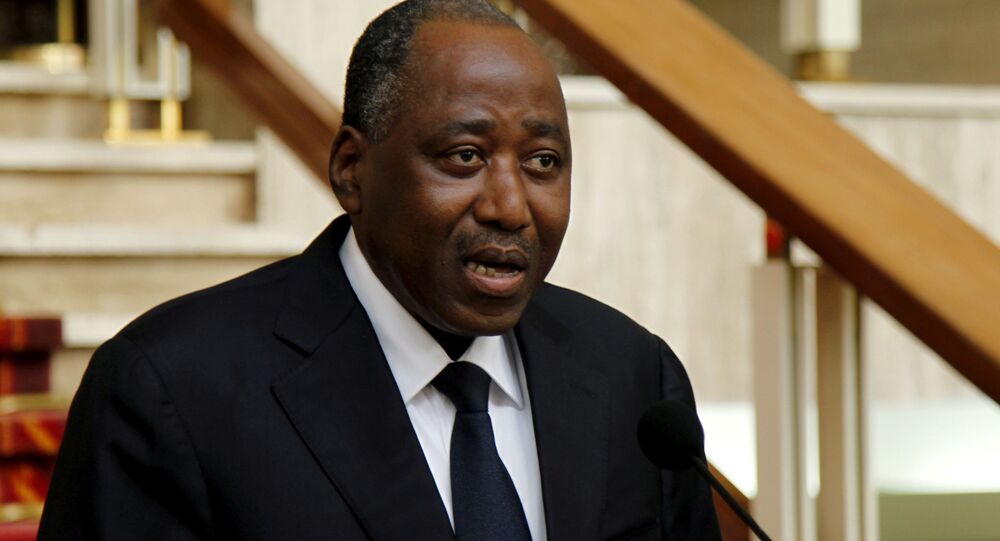 MOSCOW (Sputnik) – Ivory Coast Prime Minister Amadou Gon Coulibaly, who was due to take part in the October presidential elections as a candidate from the ruling RHDP party, passed away at the age of 61 on Wednesday after a government meeting, the country’s incumbent president and leader of the RHDP party, Alassane Ouattara, stated.

"I am deeply saddened to announce that Prime Minister Amadou Gon Coulibaly, head of the government, left us in the early afternoon after taking part in the Council of Ministers on Wednesday, July 8, 2020, at the Palace of the Presidency of the Republic," Alassane Ouattara said.

Gon Coulibaly, the appointed prime minister in 2017 and the RHDP’s candidate for the presidency in March 2020, was evacuated to a hospital after attending a weekly cabinet meeting, where he had become unwell. The prime minister died at the hospital.

The president added that he, together with the Ivory Coast residents, was mourning the death of Gon Coulibaly, who was his "closest collaborator" for thirty years.

© Photo : Twitter/@markotik75
Fans Mourn Ivory Coast Star DJ Arafat After Motorcycle Death
Coulibaly returned to Ivory Coast from a two-month medical treatment in France last week. His death puts uncertainty on who will be chosen as the candidate from the presidential party and raises the uproar around Ouattara’s vow to not extend his time in power to a third term.

As Ouattara first took the top seat in 2010, the Western African country saw five-months of unrest over the refusal of his predecessor, Laurent Gbagbo, to step down from office. The 2010-2011 Ivorian crisis claimed at least 3,000 lives.