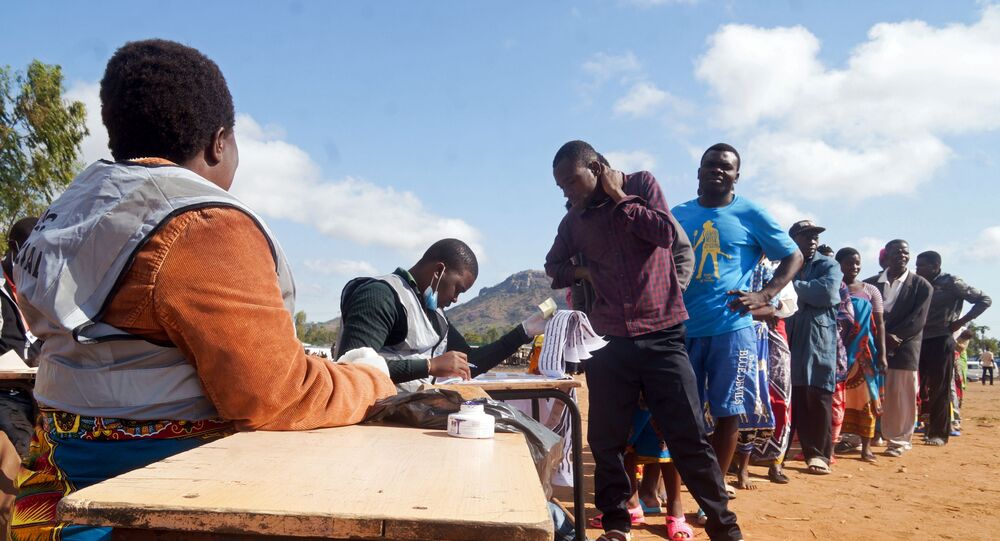 MOSCOW (Sputnik) - The president of Malawi, Peter Mutharika, has said on Saturday that polling monitors were beaten and intimidated during the country’s election rerun, with domestic media reporting that the opposition Tonse Alliance is well on its way to a victory at the polls.

"Our monitors were beaten, hacked, abducted and intimidated so that they should not participate in voting observation process. Many of the tally sheets do not have signatures as monitors were in hospitals and could not be present to endorse results", Mutharika said as quoted by the Nyasa Times news outlet.

According to domestic media reports, the preliminary results indicate that the Tonse Alliance, led by Lazarus Chakwera, is set for an election-day victory. Despite the result, the president called on the country’s civilians to remain calm as the results are announced.

"Much as I find this election unacceptable, but for the sake of peace, and for the love of our country, which is larger than us all, I wish to ask all Malawians to be peaceful when the results are announced. It is only my sincere hope that we will unite to take this country forward instead of taking it backward", Mutharika said.

In May, the Malawi Supreme Court of Appeal upheld a Constitutional Court verdict that cancelled the results of the country's 2019 presidential vote, citing a significant number of violations.

In the now-cancelled election, Mutharika claimed 38 percent of the vote and 36 percent of voters backed Chakwera.