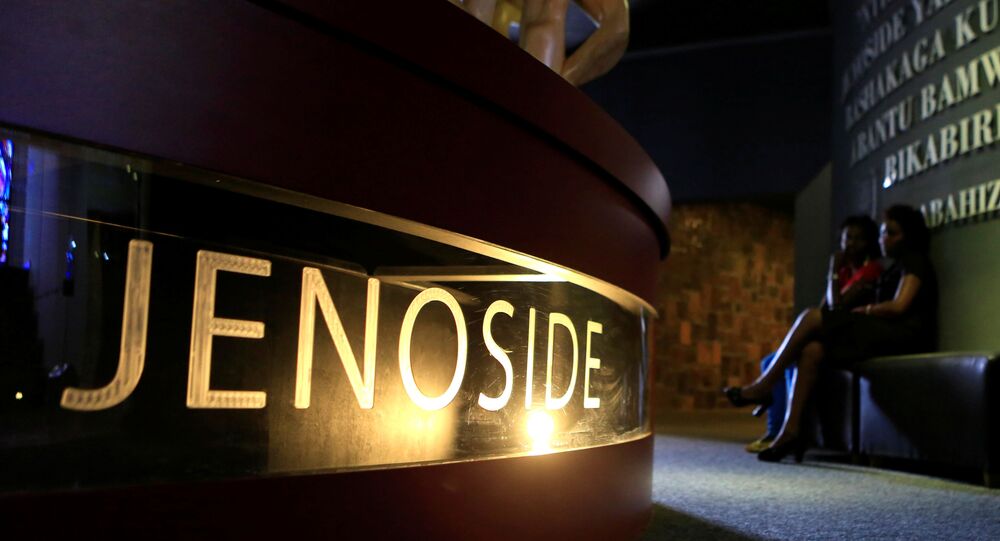 The decision comes 14 months after President Emmanuel Macron ordered a probe into accusations of France's complicity in the genocide, during which between half a million and one million people were killed in Rwanda in 1994.

France's top administrative court on Friday has granted access to a researcher to look into the archives of former President Mitterand related to France's actions in the 1994 Rwanda genocide.

The Council of State ruled that genocide researcher Francois Graner had "a legitimate interest" to study the archives to "shed light on an issue of public interest," according to AFP.

France declassified the archives in 2015, but Francois Graner, who has authored a book accusing French officers of helping the Hutu militias, says he has never been allowed to dig into them.

What happened in Rwanda?

The Rwandan genocide was the pinnacle of a four-year-long civil war in the country between the Hutu-led government and the minority Tutsi community. It was triggered by the assassination of the country's president Juvenal Habyarimana, a Hutu, in a plane crash on 6 April 1994. Habyarimana's plane was shot down by a surface-to-air missile near Rwanda's capital, Kigali.

Hutu extremists immediately blamed their political opponents from the minority Tutsi community and murdered from 500,000 to 1 million Tutsi and moderate Hutu in the next 100 days (the most often-cited figure is 800,000-plus victims).

The slaughter stopped when the Rwandan Patriotic Front (RPF), a Tutsi rebel group led by Paul Kagame, toppled the Hutu extremists. Kagame became president of Rwanda in 2000 and has remained in office ever since.

Why is France involved?

The role of France in the genocide has been a source of debate. Kagame has accused France and Belgium of having played a "direct role" in the preparation for the genocide. Francois Mitterand was a close ally of the Hutu-led government prior to the civil war, but France has denied any responsibility for the killings.

The Kagame government has repeatedly accused France of complicity in the genocide, including by helping to train Hutu militias and supplying them with weapons despite an arms embargo. President Emmanuel Macron in 2019 appointed a team of experts to investigate the allegations.

Paris has previously investigated the 1994 attack that killed Habyarimana (three French citizens were among the victims of the crash), and in 2006 accused Kagame and his allies of orchestrating the killing, a charge the president dismissed and which prompted him to cut ties with France for three years.

A follow-up report mandated by France found that the ill-fated missile was fired from an area held by the Rwandan army, and not by Tutsis, and cleared Kagame of involvement in the assassination.

A 2010 inquiry by the Kagame government concluded that it was Hutu extremists who shot down the presidential plane, allegedly in an attempt to thwart an imminent peace agreement with the RPF.