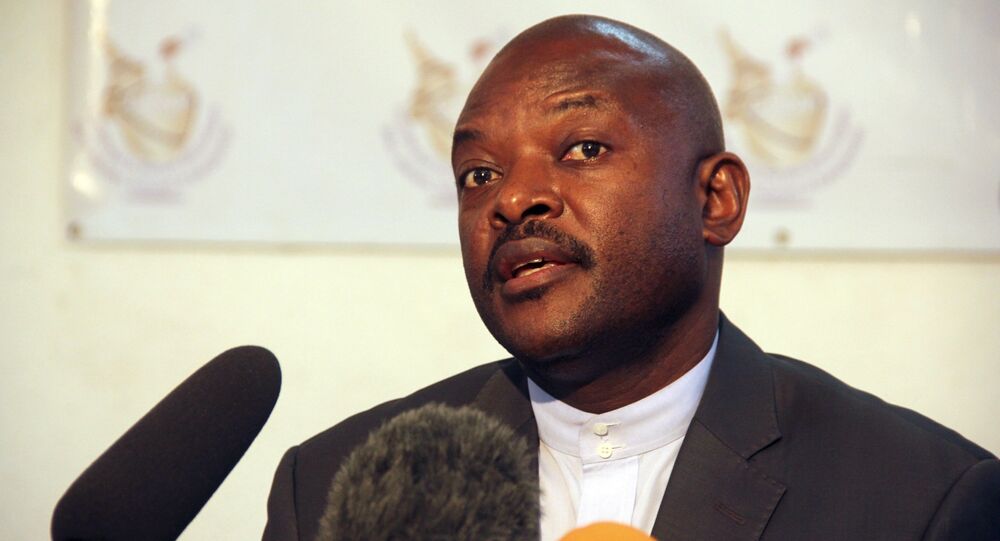 Presidential and parliamentary elections took place in Burundi on 20 May. Evariste Ndayishimiye, the former secretary general of the governing CNDD–FDD party, was elected president with 68.7 percent of the vote, while the CNDD–FDD secured 72 of the 100 seats in the National Assembly.

The president died in hospital after a heart attack. He was hospitalised last week, felt better on Sunday, but experienced a sudden turn for the worse on Monday, according to the statement.

​Pierre Nkurunziza, who was the chairman of the National Council for the Defence of Democracy-Forces, served three presidential terms over 15 years. His presidency was marked by numerous allegations of human rights violations.

© AP Photo / Sayyid Azim
Mass Grave Discovered in Rwanda May Contain Remains of 30,000 Genocide Victims - Officials
The statement comes after a competitive race for the Burundian presidency in May that featured seven candidates, but the top two were Evariste Ndayishimiye, supported by the late president, and Agathon Rwasa, an ex-rebel leader and opposition figure who gained 24.18 percent of the vote.

In 2015, Nkurunziza said he would run for a third term, a decision that was slammed by the opposition as unconstitutional and sparked mass unrest in the country. Despite the nationwide protests and a coup attempt, he was eventually re-elected in July of the same year. On 7 June 2018, Nkurunziza announced that he would step down from the presidency when his current term ends in 2020.