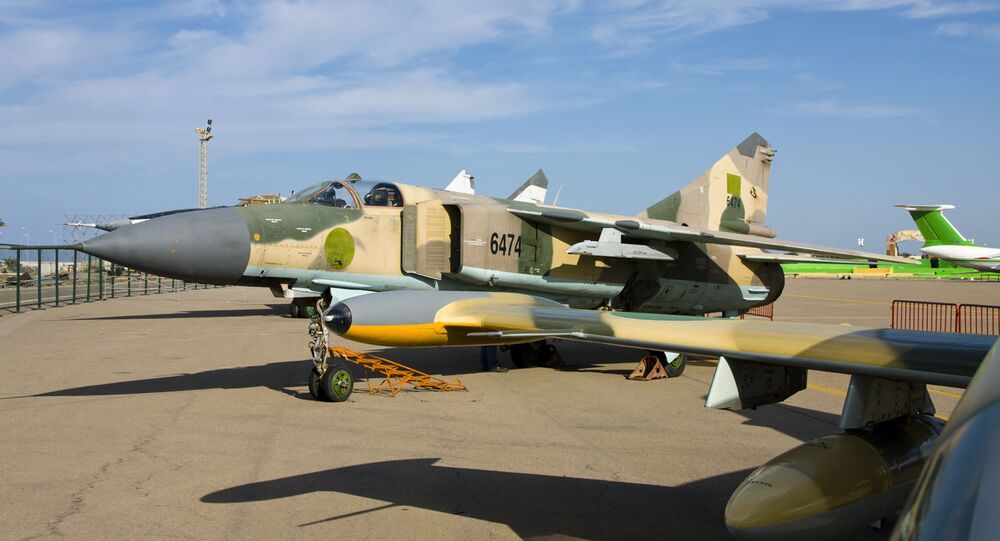 Turkey began sending troops to Libya in January to shore up the UN-backed Government of National Accord (GNA). Before that, Ankara provided the GNA with military equipment to assist Tripoli in its ongoing campaign against the Tobruk-based government and the Libyan National Army (LNA) of Gen. Khalifa Haftar.

Turkish Foreign Ministry spokesman Hami Aksoy has warned that there would be serious consequences for Gen. Haftar's forces if the Libyan National Army attacked Turkish troops operating in Libya.

"We emphasize once again that in the case of striking our interest in Libya – doing so would lead to serious consequences, and we will consider Haftar’s forces a legitimate target for attack,” Aksoy said, speaking to reporters on Thursday.

Aksoy's comments came in the wake of remarks by Libyan National Army Air Force commander Saqr al-Jaroushi earlier in the day warning that “the largest aerial campaign in Libyan history” would be launched "in the coming hours" targeting Turkish forces.

“All Turkish targets in occupied areas of Libya are legitimate targets for the LNA’s fighter planes. We assure our people that we will defend them with all means available to us until we kill the enemy or perish on our own land,” al-Jaroushi was quoted as saying, adding that civilians are urged to stay away from these sites.

“This is the last time we are warning those deceived persons who have joined the ranks of the [GNA] militias: surrender or be annihilated, and there won’t even be anything left of their bodies to bury,” the officer warned.

Commenting on the remarks, Aksoy suggested it was “noteworthy that this statement was made after new military aircraft were deployed in eastern Libya through external support.”

Last week, Fathi Bashagha, minister of interior in the GNA government, alleged that at least eight jet fighters, including six MiG-29s and two Sukhoi Su-24s, were delivered to Libya from Syria. Damascus established diplomatic relations with the Tobruk-based government earlier this year, promising, among other things, to cooperate against a “common Turkish threat” to both countries. Syrian authorities have not commented on the fighter jet claims.

According to Aksoy, al-Jaroushi’s comments were “another reflection of the heavy losses that Haftar’s forces have suffered recently, and demonstrate their intention to increase tensions in Libya."

Also on Thursday, a senior Turkish official was quoted by Bloomberg as saying that Turkey had enough firepower concentrated in Libya to protect its bases using drones and warships off Tripoli.

The escalation of tensions between Tobruk and Ankara comes less than a day after a telephone conversation between Russian Foreign Minister Sergei Lavrov and his Turkish counterpart Mevlut Cavusoglu in which the diplomats reiterated the need for an immediate cessation of hostilities in the Libyan conflict and a resumption of peace talks under the auspices of the UN.

On Wednesday, a Russian Foreign Ministry source told Sputnik that Moscow supports any initiative aimed at stopping the fighting in Libya, and expects the parties to cease operations at least for the period of the Eid al-Fitr Muslim holiday, running from mid-to-late May.

Libya, once one of the safest and most prosperous countries in Africa, has been mired in a deadly, nine year+ long conflict since the 2011 overthrow and murder of long-time leader Muammar Gaddafi by rebels backed by NATO airpower. After that, the North African nation was divided among warring militants, terrorist groups, criminal gangs and human smugglers. More recently, the Tobruk-based parliament, which enjoys the support of the Libyan National Army, and the Tripoli-based Government of National Accord consolidated themselves as the two main political and military powers in the war-torn country, and have each sought to establish control of all of Libya ever since. In April 2019, the LNA began an offensive on Tripoli, advancing into the city’s suburbs. However, in January 2020, Turkey deployed a limited contingent of combat troops to stop the advance and push Haftar’s forces out of the city. Multiple international efforts to resolve the conflict through peace talks have so far been fruitless. The latest such conference took place in Berlin in January, with Russia, the United States, the European Union, Turkey, Egypt and other nations attempting to press the GNA and the LNA to reach a lasting ceasefire, while agreeing in principle on the need to keep third parties out of the conflict.