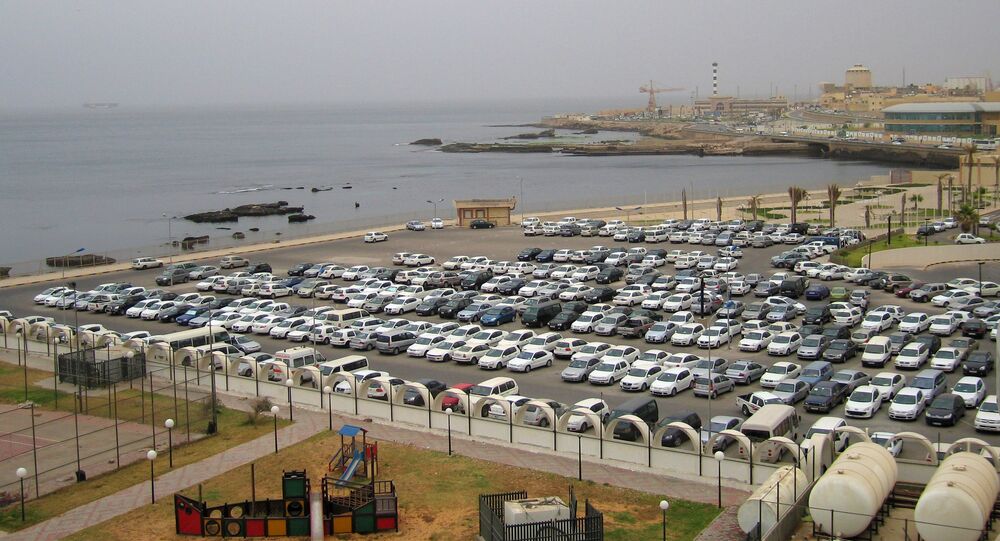 Libya’s prosecutor general said last July that two Russian nationals had been arrested in Tripoli in May of 2019 for allegedly trying to meddle in the upcoming elections. The two detainees, Maxim Shugaley and Samir Seifan, are sociologists from the Russian Foundation for the Protection of National Values, according to the head of the organisation.

© AFP 2021 / Riccardo Savi
Sarraj Not Interfering in Investigation of Cases Against Russians - Libyan Foreign Minister
Russian nationals Maxim Shugaley and Samir Seifan were indicted in February by the prosecution of Libya's Government of National Accord for allegedly attempting to meddle in the nation's elections and meeting with former leader Gaddafi's son, the lawyer representing Shugaley and Seifan said in an interview.

According to the lawyer, their case is still under investigation and there has been no trial yet.

The lawyer added that he had visited Shugaley and Seifan in prison many times, most recently in March. He assessed their physical condition as normal, adding that the prison administration was treating them fine.

He also said that it was difficult to make any forecast as to when the court process would start and when the detained Russians could be set free.

Shugaley and Seifan – both working for the Foundation for the Protection of National Values – were detained in Libya last May for an alleged attempt to meddle in the elections. The head of the foundation insisted that they went to Libya as members of a research group focusing on sociological polls and studying the humanitarian, cultural, and political situation in the country.