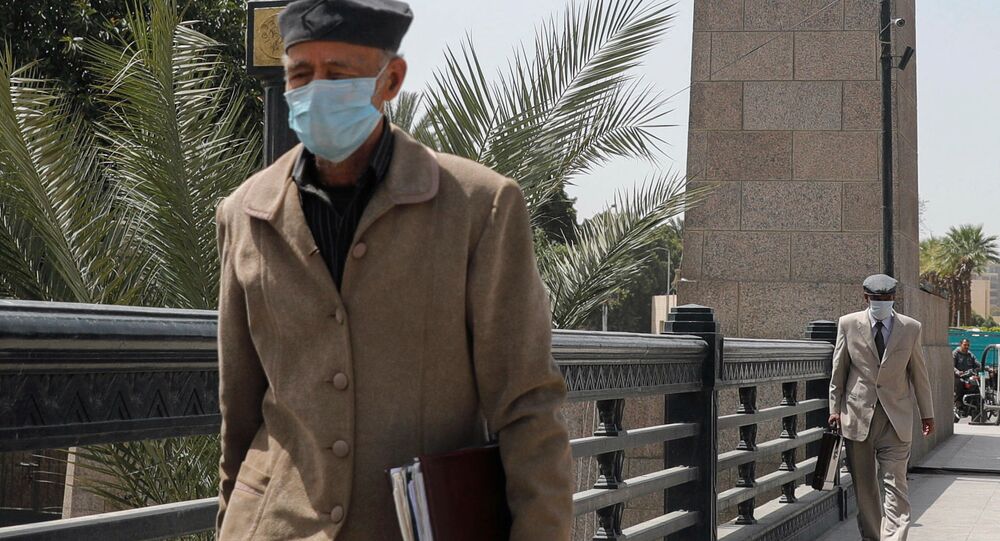 CAIRO (Sputnik) - Egypt has recorded 86 new coronavirus infection cases over the past 24 hours, which is the highest daily increase in the country with now a total of 865 confirmed cases, the Egyptian Health Ministry said on Friday.

"There have been 86 new cases of the coronavirus infection, all of them were in Egyptians who returned from abroad or came into contact with the previously infected," the ministry's spokesman, Khaled Mugahed, said in a press release, adding that six people died from COVID-19 related complications over the past day.

It brings the total of COVID-19 cases in Egypt to 865, including 58 fatalities and 201 recoveries.

Egyptian Health Minister Hala Zayed, in turn, was cited as saying that the fast growth of infection cases did not come unexpected, even though Egypt so far has had one of the world's slowest rates of the spread of COVID-19. According to Zayed, the ratio of infection cases per one million of population in Egypt is 0.4 as compared to 17-500 per million in other Middle Eastern countries.

According to Egyptian State Minister of Information Osama Heikal during an appearance on Egypt's Sada el-Balad channel, the government does not rule out quarantining the country due to COVID-19, although it is not the scenario of choice.