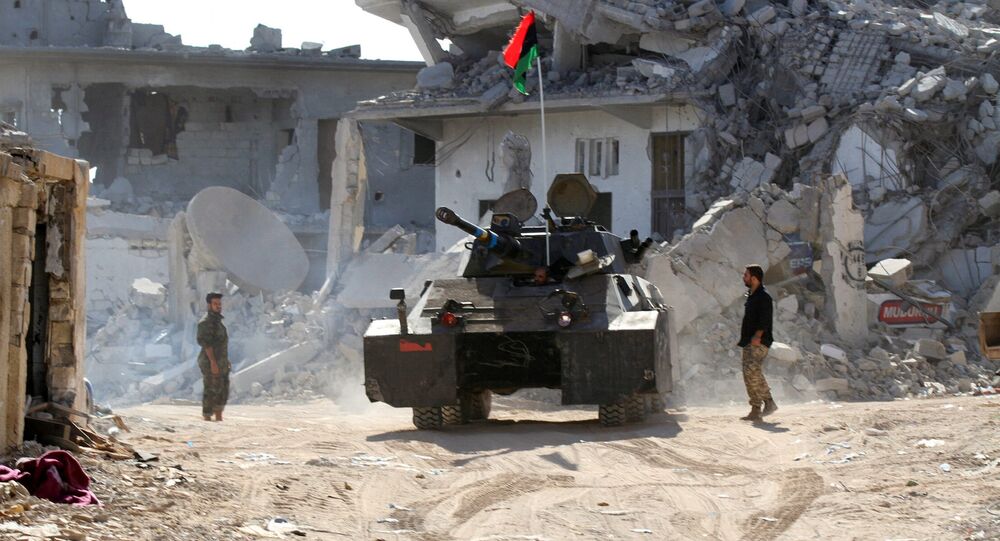 CAIRO (Sputnik) - The UN-backed Government of National Accord (GNA) in Libya is building a base near Tunisia to escape to if the Libyan National Army (LNA) seizes the capital, a spokesman for the eastern-based administration said Sunday.

"The terrorists are trying to build a base on the border with Tunisia so that they could go there if they lose Tripoli… Tunisian border guards are in full control of the border", Libyan National Army (LNA) spokesman Ahmed Mismari said.

Speaking at a press conference in Cairo, Mismari said that the LNA was in control of 95 percent of Libya. He estimated that some 7,000 LNA fighters had died since the start of the siege of the capital in April last year.

"Over the last days, we attacked military facilities of the Mitiga airfield in Tripoli. These are targets that do not belong to Misrata groups but to the Turkish Armed Forces. They were destroyed — radars, air defence systems. Turkish servicemen were killed as a result of this operation", Mismari said at the press conference in Cairo.

According to the spokesman, the LNA is not violating the ceasefire, as it is conducting operations only in response to provocations by the forces of the Government of National Accord (GNA).

"Clashes in Libya have been underway for 40 hours in order to prevent our enemies from exploiting the truce", Mismari argued.

© REUTERS / ZOUBEIR SOUISSI
Some UNSC Members 'Scared' to Stop Libya Arms Embargo Violations - GNA Minister
The spokesman noted that the LNA had attacked the Misrata area, destroying "everything that equates to the Turkish presence", including military storage facilities.

Libya has been torn apart between the two rival governments for years since the overthrow and assassination of the country’s long-time leader Muammar Gaddafi in 2011. Tensions escalated last year after the Libyan National Army began its operation to retake the capital of Tripoli, where the rival Government of National Accord is seated.