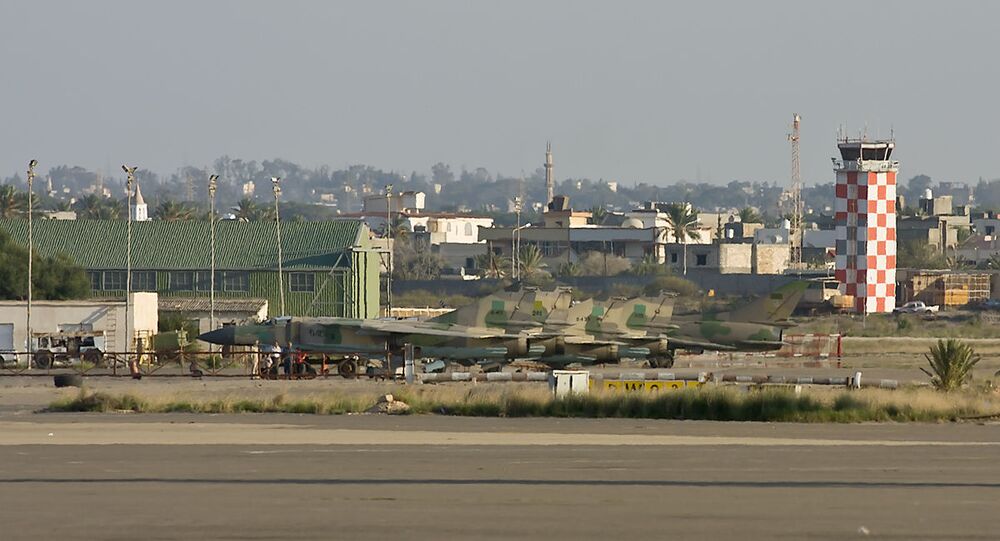 Turkey has been sending troops to war-torn Libya to support the UN-backed Government of National Accord. According to Turkish President Erdogan, Ankara seeks to protect the GNA from being overthrown by the Libyan National Army, which supports the eastern-based interim government in the port city of Tobruk.

The Libyan National Army has hit the Mitiga Airport in Tripoli, Libya, killing Turkish servicemen stationed there, the LNA spokesperson said on Sunday.

According to spokesperson Ahmad al-Mismari, for the past several days, the LNA has struck Turkish military targets, including radars and air defences, located at the Mitiga air field. He noted that the LNA had also destroyed everything in the Misrata region that is viewed as having a "Turkish presence", including military depots.

Al-Mismari underlined that the LNA is adhering to the truce, and carries out operations only as a response to provocations by the GNA.

He added that the LNA forces had entered several districts of Tripoli but they are not advancing in compliance with the ceasefire.

Last week, the LNA, led by Field Marshal Khalifa Haftar, hit Turkish air defence systems at a military base at the airport, prompting the suspension of all flights and evacuation of passengers and personnel. The airport has previously come under attack multiple times due to the ongoing fighting between the two rival forces in the country — the Libyan National Army and the UN-backed Government of National Accord.

The North African nation has been in chaos since the assassination of Libyan leader Muammar Gaddafi in 2011.

In January, Berlin hosted an international conference on Libyan reconciliation attended by 16 states and entities, including Turkey, Russia, and the United States. The participants adopted a joint communique pledging to refrain from assisting the warring parties and observing an arms embargo on Libya.

Turkey has accused Haftar of violating the armistice, calling for the marshall to be stopped, while the LNA chief urged mobilisation against foreign intervention.