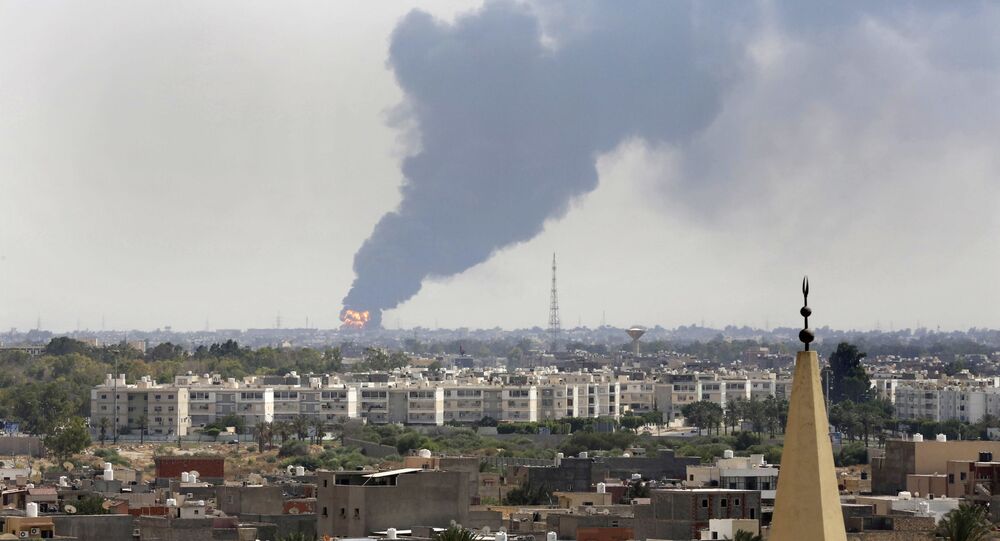 CAIRO (Sputnik) – Mitiga International Airport in the Libyan capital of Tripoli said on Thursday it had suspended air traffic after being attacked.

"Air traffic was suspended at Mitiga International Airport due to continuous shelling", the airport administration wrote on Facebook.

The airport's operation is often disrupted by the ongoing fighting on the outskirts of Tripoli between the two rival forces in the country — the Libyan National Army (LNA) and the UN-backed Government of National Accord (GNA).

The news comes just a day after the LNA announced it had shot down a Turkish drone in the southern part of Tripoli, stating that Ankara had violated the truce declared in the region.

The situation in Libya remains tense since the ouster and assassination of Libyan leader Muammar Gaddafi in 2011. At the moment, the Tripoli-based GNA controls the western part of the country, while the government in Tobruk backed by the commander of the LNA, Field Marshal Khalifa Haftar, governs the East of Libya.

The conflict between the two sides deteriorated in January after Ankara deployed its forces to Libya to back the GNA, claiming that the LNA had violated a ceasefire between the sides, while Haftar called for mobilisation against foreign intervention.