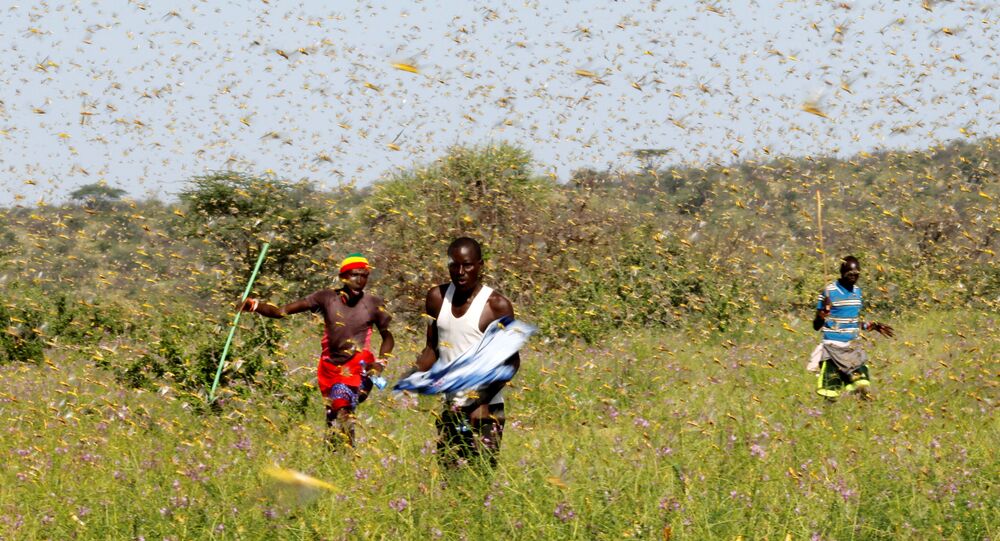 Locusts are a species of grasshopper that is extremely hard to control and stop once there are thousands of them flying over a vast territory. Very often, locusts devour crops, seriously undermining the food security situation in a region.

David Hughes, a biologist at Penn State University, shared a video of locusts swarming over Kenya.

According to the UN Food and Agriculture Organization (UN FAO), the latest locust plague in the country may be the worst in 70 years.

.@FAO survey on shores Lake Turkana (Northern Kenya) to assess swarm. These are yellow and of life adults mating pic.twitter.com/NY83z8zUk9

​Moreover, scientists say that the current swarms of locusts in Kenya are unlikely to die out soon since their eggs will hatch in March and April, creating a "second round of invasion".

Locusts often devour crops which can worsen the food security situation in the region and leave people without bread.

​Biologists have been trying to improve their prediction methods so that people could be ready to use chemical insecticides against locusts before they start swarming. But since these species inhabit millions of square miles of land in Africa and in the Middle East, such predictions are extremely challenging.