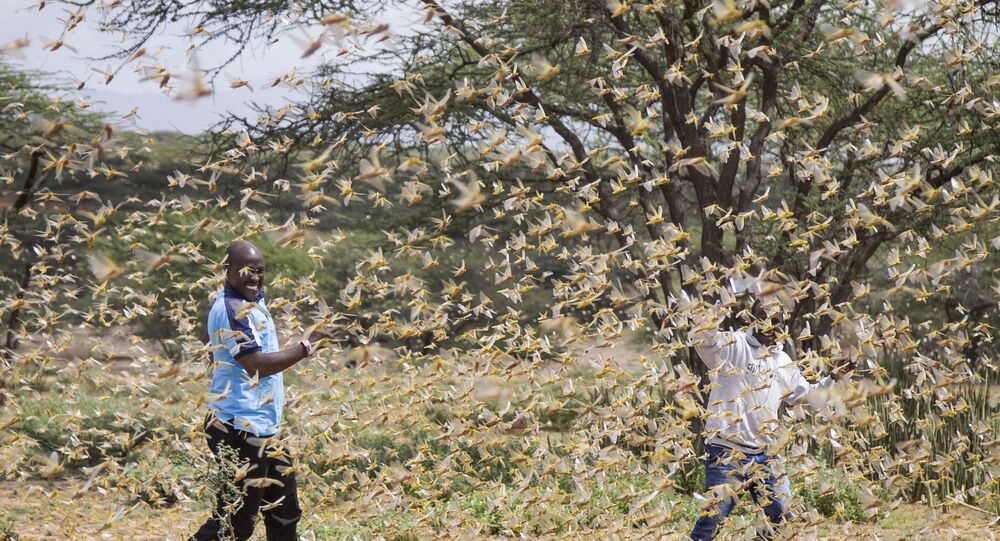 To Devour a Devourer: 'Green Zombie Fungus' Reportedly to Be Used to Combat Locust Plague

The fungus designed to fight the insectoid threat is apparently being produced in China, though some factories making it have apparently stopped due to the spread of the coronavirus.

The voracious locust swarms that periodically wreak havoc on crops in various corners of the world, and which currently threaten numerous areas in eastern Africa, may finally meet their match in an insidious tiny organism, the Daily Star reports.

According to the newspaper, scientists’ efforts to genetically modify the existing species of fungus have led to the creation of the so called “zombie green fungus” which penetrates the insects’ hardy exoskeleton and poisons them from the inside.

The fungus reportedly earned its colorful moniker due to its victim being gradually transformed into a "green mossy lump".

While "thousands of tonnes of the fungi" are now being produced at factories in China in order to deal with the locust problem, work at some of these facilities has been halted due to the need to stop the spread of the coronavirus, the newspaper adds.

East Africa is currently facing what appears to be the worst locust outbreak in the last seven decades, with swarms of insects devouring crops in Kenya, Somalia, Ethiopia and South Sudan.

Earlier this month, UN humanitarian chief Mark Lowcock warned that "there is the risk of a catastrophe", noting that some 12 million people in the region already face severe food insecurity.