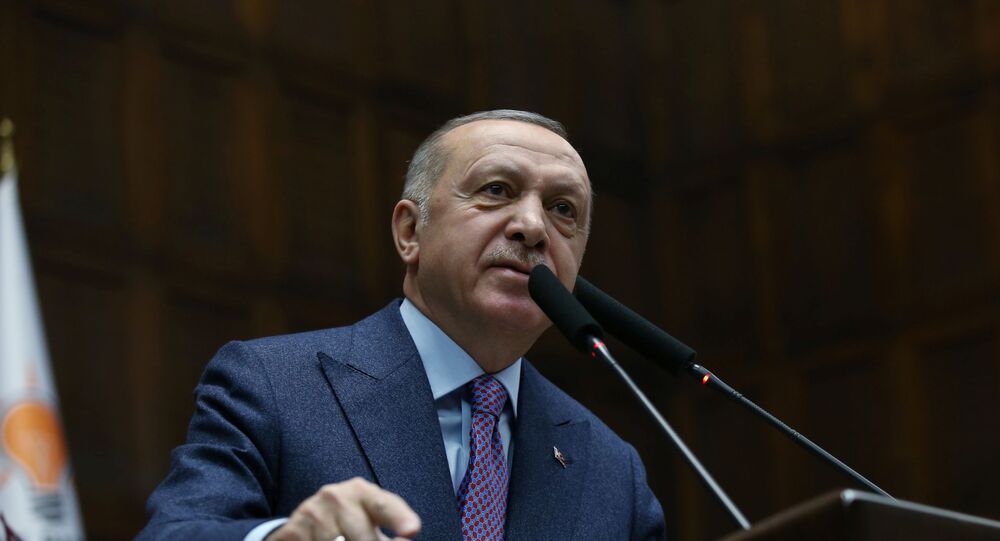 ANKARA (Sputnik) - Turkish President Recep Tayyip Erdogan on Thursday met with Fayez Sarraj, the Prime Minister of the Government of National Accord of Libya (GNA), in Istanbul, Erdogan's administration said.

"President Recep Tayyip Erdoğan met with Chairman of the Presidential Council of Government of National Accord of Libya, Fayez Al Sarraj, at Dolmabahçe Palace in Istanbul", the administration said.

The meeting with the GNA Prime Minister was not mentioned in Erdogan’s working agenda on Thursday, and no further details about the talks were provided by the administration.

On Wednesday, GNA quit talks on military issues in Geneva, citing shelling of the port of Tripoli by the Libyan National Army (LNA) one day prior. Meanwhile, LNA has claimed it had struck weapons and ammunition depot in Tripoli in response to ceasefire violations committed by terrorist groups. The LNA also said a Turkish ship carrying weapons and ammunition had been destroyed after mooring at the port of Tripoli.

After the assassination of Libyan leader Muammar Gaddafi, the country was plunged into a brutal civil war. Today, Libya is divided between two centres of power — an elected parliament in the country's east, supported by the Libyan National Army (LNA), led by Field Marshal Khalifa Haftar, and the UN-backed Libyan Government of National Accord (GNA) in the west, headed by Fayez Sarraj.