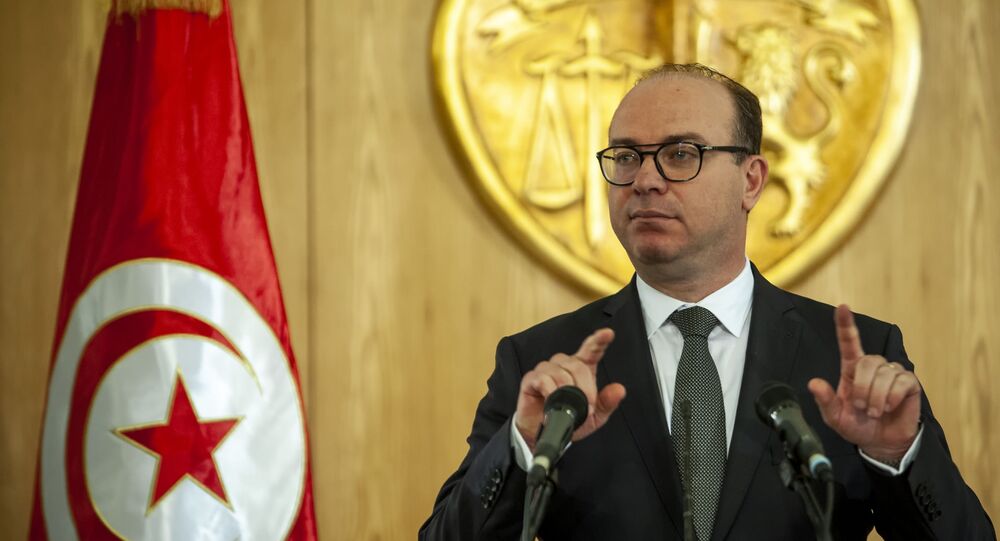 Tunisian Prime Minister Elyes Fakhfakh - a former finance minister to the nation who was earlier appointed as head of the cabinet by Tunisian President Kais Saied - has unveiled a new coalition government, local media have reported.

Fakhfakh reportedly submitted the new government line-up nominees to Saied, with Nizar Yaich as the finance minister, adding that coalition negotiations would continue after the biggest parliament party, Ennahda, rejected his proposal.

Tunisia held parliamentary and presidential elections in October 2019 but the formation of the new government was reportedly stalled after nominees submitted by then-prime minister Habib Jemli were rejected by lawmakers.

© Flickr / Cernavoda
First 10 Candidates Enter Presidential Race in Tunisia
The move prompted another vote that on 10 January saw the majority of legislators supporting the disbanding of Jemli's cabinet.

Fakhfakh has previously served as finance minister and tourism minister. President Kais Saied has outlined a rigid deadline for forming a new government.

Saied, a former law professor, won the presidential election in October 2019 with overwhelming support of Tunisians resulting in over 75 percent of the ballots favoring his candidacy.

Over 20 People Killed, 21 Injured in Bus Crash in Tunisia - Photos