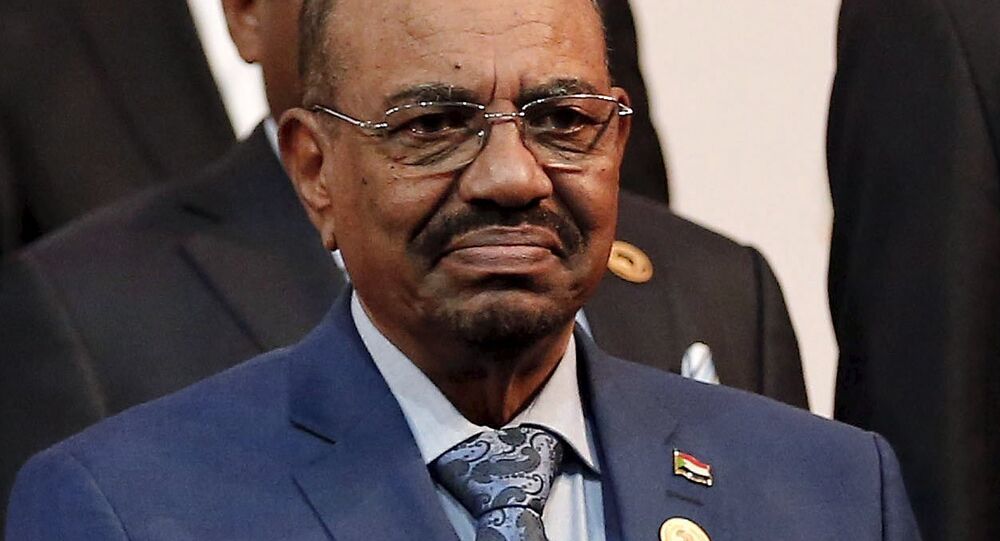 The International Criminal Court (ICC) has issued two arrest warrants for the ousted Sudanese leader in connection with the conflict in Darfur, charging him with genocide and crimes against humanity in 2009 and 2010.

Sudan’s transitional government and its armed opposition have agreed to a peace mechanism following talks in in Juba, which could entail the extradition of the country’s ousted president, Omar al-Bashir, to face the International Criminal Court, Deutsche Welle reports.

Mohamed al-Hassan al-Taishi, a member of Sudan's Sovereign Council - formed as a collective head after al-Bashir's removal from power - has revealed that the agreed mechanism would include "the appearance of those who face arrest warrants before the International Criminal Court."

"We can't achieve justice without justice itself, we can't skip this," he said.

The official did not, however, refer to the ousted leader by name, as well as the country’s information minister, Faisal Saleh, who confirmed the information about the agreement to Reuters.

The ICC issued two arrest warrants for Al-Bashir in connection with the conflict in Darfur, which has resulted in an estimated 300,000 dead, including a significant number of civilians and children, according to a 2013 UN study. The former leader is charged with genocide and crimes against humanity from events related to 2009 and 2010, while he was in office. An individual in absentia cannot be tried, so extradition is necessary.

The Sudanese military refused extradition after the leader was overthrown by a military coup in April 2019 after having governed Sudan for decades. It brought the Transitional Military Council (TMC) to power after months of anti-government protests.

However, the demonstrations continued, with opposition protesters calling on the TMC to transfer power to a civilian-led government. The TMC and the opposition subsequently concluded a power-sharing agreement, establishing the so-called Sovereign Council.

The same year, al-Bashir was sentenced to two years in prison on December 14 for corruption relating to foreign currency and expensive gifts found in his keeping following his overthrow.