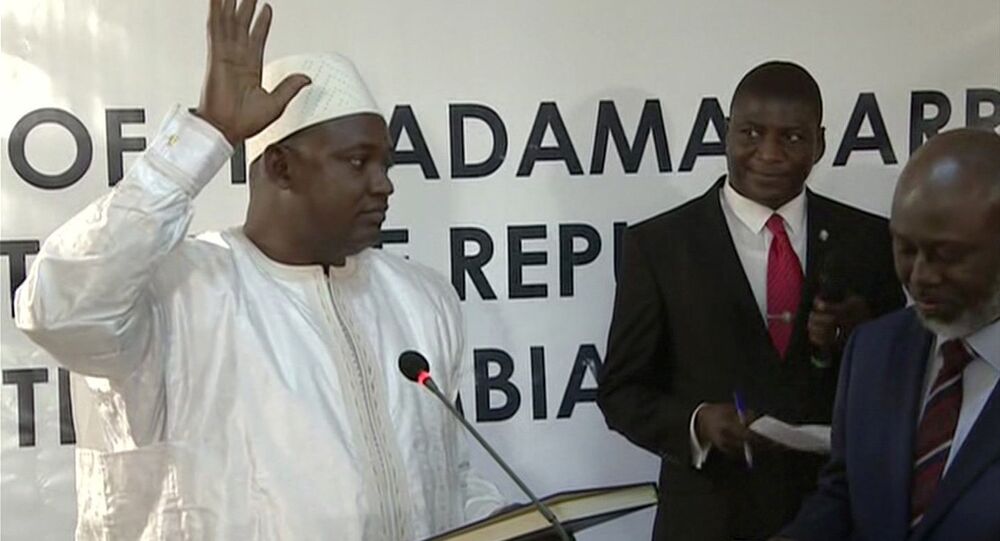 They have become the first victims of the clashes with police which started after protesters tried to move closer to the centre of the capital city of Banjul.

On Sunday, three demonstrators died at the Serrekunda hospital where people suffering from gas inhalation had been taken after police forces used tear gas to disperse them, local Foroyaa Newspaper reported.

​According to AFP, citing Red Cross, 28 people were taken to the hospital.

"I can confirm that there have been three dead", director of the hospital, Kebba Manneh, said.

The protesters threw stones and set tyres on fire in the districts of Old Jeshwang and Stink Corner on the outskirts of the capital.

Received awful images/videos from Gambia today where protests took place over President Barrow going back on his promise to step down as President after 3yrs.
Arrests, teargas & in 1 Video (which I won’t share) a man’s teeth have fallen out allegedly from being beaten by police pic.twitter.com/fXZiVrtsyF

The national government has denied that the people were killed and banned the group that orchestrated the protests.

"Not one person was killed during today's protest", government spokesman Ebrima Sankareh said, as quoted by AFP.

Earlier in the day, hundreds of people took to the streets to demand the resignation of incumbent Gambian President Adama Barrow, who voiced his intentions to extend the term of his presidency.

In 2016, former dictator of the West African country Yahya Jammeh lost the presidency to opposition leader Adama Barrow after ruling for 22 years. He pledged to stay in office for three years only, but in 2019 voiced his intentions to extend the term of his presidency by two more years, ending in 2021.