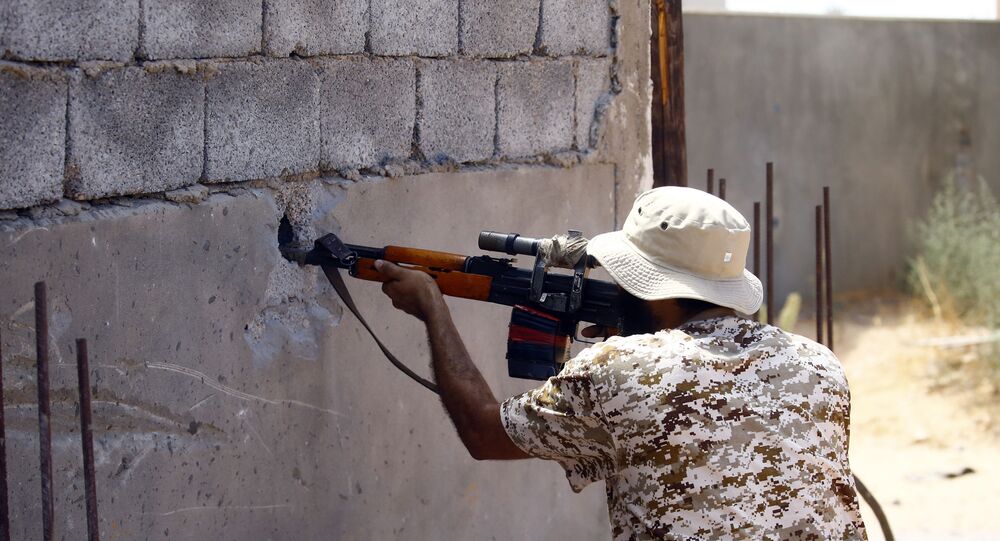 Turkey Says GNA Forces Training is Legitimate and Will Continue

On Monday, Turkish President Recep Tayyip Erdogan stated that there were not any Turkish troops in Libya yet, only Turkish military advisers and instructors.

Turkey continues its training of the Libyan Government of National Accord forces; it is legitimate, Turkish Foreign Minister Mevlut Cavusoglu told reporters at the World Economic Forum, when asked if Ankara's military approach on Libya would change, after last week's agreement in Berlin.

"We have an agreement with Libya on education and training. That is what we're doing, it is a legitimate effort," Cavusoglu said.

Last week, Ankara revealed it would provide support to the UN-backed Government of National Accord in Libya by sending military troops to assist the GNA in fighting its rivals - the Libyan National Army, which control the east of the country. The decision comes in the wake of failed negotiations between the two opposing parties, held in Moscow.

Cavusoglu added that Ankara would continue supporting the political process and the ceasefire in Libya, which needs to become sustainable.

"It's good that everybody expressed support for the ceasefire and future efforts... but we also need to speed up the political process," Cavusoglu told reporters in Davos."

Libya has been torn by an internal struggle in the wake of the murder of the country's former leader Muammar Gaddafi.

The two key warring groups existing at present are the UN-endorsed GNA under Fayez al-Serraj, which controls the country's west as well as the capital Tripoli, and the Libyan National Army (LNA), led by General Khalifa Haftar, which controls the east.

The two sides were close to reaching a ceasefire agreement in Moscow on 13 January, but Haftar refused to sign it in the end and the LNA announced the renewal of hostilities.