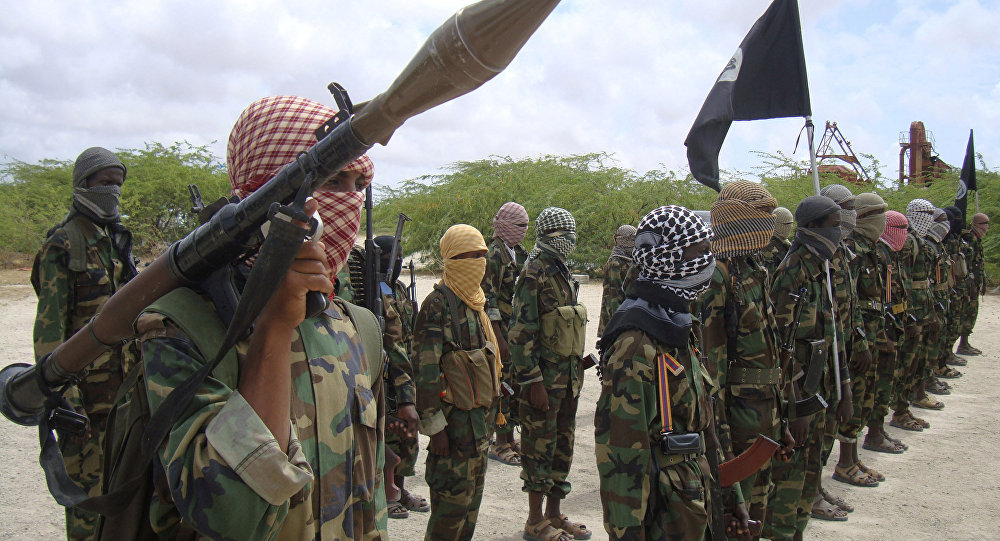 The base is located near Kenya's border with Somalia, which has staged several airstrikes on al-Shabaab targets over the past few weeks, in coordination with US Africa Command.

The Al-Qaeda*-linked terrorist group al-Shabaab has claimed responsibility for an attack on a US military base in Kenya that occurred in the early hours of Sunday.

“There was the attack but they [al-Shabaab terrorists] have been repulsed," Lamu County Commissioner Irungu Macharia was cited by the AFP news agency as saying.

The Camp Simba base is located in Lamu county, near Kenya's border with Somalia. On 26 August 2019, the US flag was raised over the facility in a sign that the base had become a permanent US military installation.

It was not immediately clear whether there were any victims after the assault, with al-Shabaab claiming that the raid led to “severe casualties on both American and Kenyan troops stationed there”.

“The Mujahideen fighters covertly entered enemy lines, successfully stormed the heavily fortified military base and have now taken effective control of a part of the base”, al-Shabab asserted, adding that US military equipment there was "destroyed”. The group provided no proof to confirm the claims.

The US State Department and the Pentagon have yet to comment on the situation.

Al-Shabaab has attacked a military base used by Kenyan & US troops in Lamu, Kenya. Gunfire exchange on going ... pic.twitter.com/qVmFxgPXeJ

Al-Shabaab militants have conducted numerous attacks against non-Muslims near the Kenyan-Somalian border in the past.

One of the most notorious of these attacks took place in November 2014, when the terrorists killed 28 Kenyan teachers after hijacking a bus travelling through Mandera Сounty. The passengers were split into two groups: Muslims and non-Muslims. The non-Muslims were all executed.