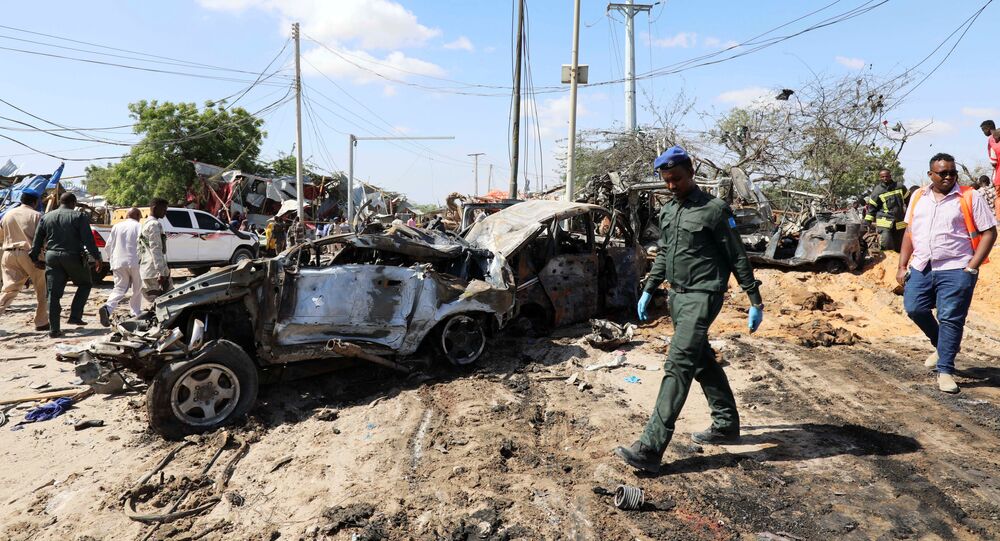 The group’s spokesman also threatened that Al-Shabab would continue attacking Turkish citizens who he said invaded the country, according to the media portal.

A car bomb exploded on the outskirts of Mogadishu on Saturday morning. The death toll ranges from 78 to over 90 according to different local officials and media, with at least 125 others reportedly left injured. Garowe Online said the death toll reached 85 people.

Russia, Turkey, Iran, Saudi Arabia, as well as many other nations worldwide, condemned the attack and expressed condolences to Somalia.

Secretary-General of the United Nations Antonio Guterres also slammed the horrendous terrorist act, while Pope Frances called for prayers to honor the victims.

Turkey has its largest overseas military base in Somalia. Ankara also invested millions in military and humanitarian aid in the East African nation.

*Al-Shabab is a terrorist group banned in Russia and many other countries.