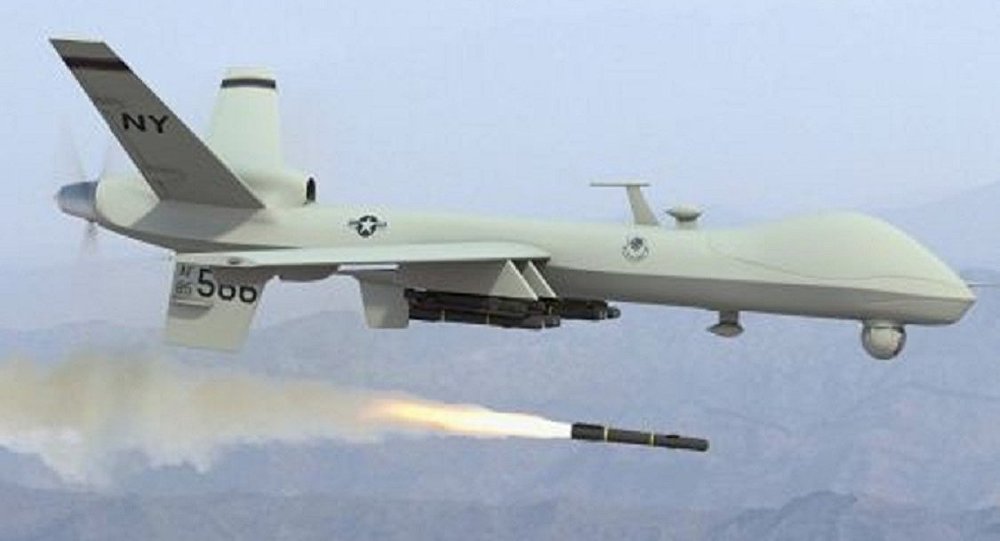 Somalia Hit By More US Airstrikes in 2019 Than Ever Before

The US conducted more airstrikes on Somalia in 2019 than any previous year, with three airstrikes by US forces against the al-Shabaab militant group on Sunday raising the total to 63 airstrikes this year.

According to a Sunday statement by US Africa Command (AFRICOM), based in Stuttgart, Germany, three airstrikes that day hit two locations in Somalia, killing four al-Shabaab militants in total. The attacks brought total US airstrikes this year in the East African country to 63, more than a dozen more than last year and close to double the number in 2017.

The strikes came just a day after a truck bomb exploded in the Somali capital of Mogadishu, killing 81 people and injuring 149 others who were waiting at a checkpoint. It was the deadliest attack in the capital in more than two years. On Monday, al-Shabaab claimed responsibility for the blast.

“Since al-Shabaab's first external attack in 2010, the group has ruthlessly killed hundreds,” AFRICOM Operations Director Maj. Gen. William Gayler said in the statement, noting the group is “a global menace and their sights are set on exporting violence regionally and eventually attacking the US homeland.”

AFRICOM stated they “currently assess no civilians were injured or killed as a result of these airstrikes,” but the veracity of such claims has been seriously called into question by reports by Amnesty International as well as changes in Pentagon doctrine over the last few years.

A March report by AI titled “The Hidden US War in Somalia” found 14 civilian deaths in five airstrikes between October 2018 and February 2019, forcing AFRICOM to backtrack their claim that “no AFRICOM airstrike resulted in any civilian casualty or injury” during that period. AFRICOM claimed soon after to have uncovered proof of some of the deaths revealed by AI, claiming they had missed those deaths due to “a reporting error.”

However, it wasn’t a mere clerical error: the Pentagon has long since given up any serious attempt to discern if civilians may be, or are, killed by a US airstrike. As Sputnik has reported, changes in the rules governing military operations in undeclared war zones have removed requirements that US commanders verify the identity of their targets as well as to ensure that civilians will not be killed in a potential airstrike before it’s ordered. Now, only a "reasonable certainty" that enemy fighters are present is enough to order a strike - no analysis of civilians is even considered, effectively painting every person present as an enemy combatant.

“The burden of proof on the target was changed to a lesser burden of proof, and so that automatically opens up the aperture when you’re looking at intelligence and you have a probability factor, or a reasonable one, that your target is there,” retired Army Brig. Gen. Donald Bolduc, who commanded US special operations forces in Africa from April 2015 until June 2017, told The Daily Beast in November 2018.

"The only assessment we have is we continue to fly over the objective post-strike to get a sense of the environment from the air," he said.

All this combines to make AFRICOM’s claims to have killed al-Shabaab fighters extremely suspect; they simply don’t know if they killed terrorists or civilians.

In 2018, the US military carried out 47 airstrikes in Somalia, and in 2017, 35 airstrikes, most of them against either the Daesh affiliate ISIS-Somalia or al-Shabaab. The US carries out its undeclared war in Somalia under the 2001 Authorization for Use of Military Force (AUMF), a September 2001 law authorizing operations against al-Qaeda and its affiliates, which include both militant groups.