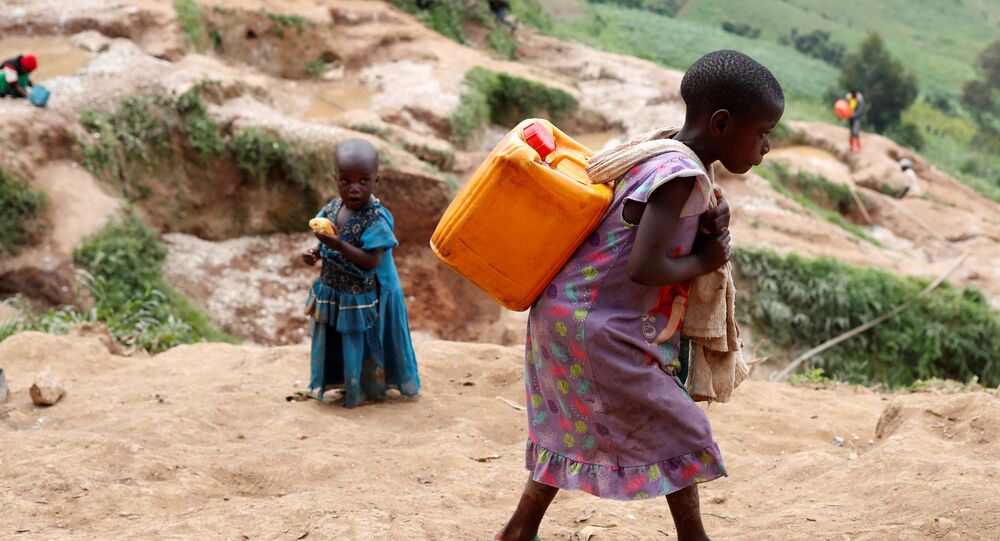 MOSCOW (Sputnik) - A human rights non-profit has filed a lawsuit against global tech giants, including Apple, Google and Tesla, among other corporations, on behalf of 14 plaintiffs who were directly or indirectly affected by forced child labor in the world's largest Congolese cobalt mines.

"Defendants Apple Inc. ("Apple"), Alphabet, Inc. ("Alphabet") (which is the parent company of Google LLC) ("Google"), Dell Technologies Inc. ("Dell"), Microsoft Inc. ("Microsoft"), and Tesla Inc. ("Tesla") are knowingly benefiting from and aiding and abetting the cruel and brutal use of young children in the Democratic Republic of Congo ("DRC") to mine cobalt, a key component of every rechargeable lithium-ion battery used in the electronic devices these companies manufacture", the official complaint of the International Rights Advocates read.

A 79-page case, which was filed to the United States District Court for the District of Columbia on Sunday, revealed the tragic outcomes of forced labor among minors in the central African country, including numerous deaths in tunnel collapses and severe injuries as a result of hazards common to cobalt mining.

© AP Photo / Schalk van Zuydam
UK Journalists Allegedly Stage DR Congo Child Labor Video Against China
"The tech boom has caused an explosion in demand for cobalt, but in one of the most extreme contrasts imaginable, cobalt is mined in the DRC under extremely dangerous stone-age conditions by children paid a dollar or two a day to supply cobalt for the expensive gadgets made by some of the richest companies in the world", the human rights group said.

The families of deceased children, as well as those who sustained life-long injuries, are seeking damages and further compensation for alleged negligent supervision and unjust enrichment.

The case was the first lawsuit of its kind against any of the tech-giant defendants.