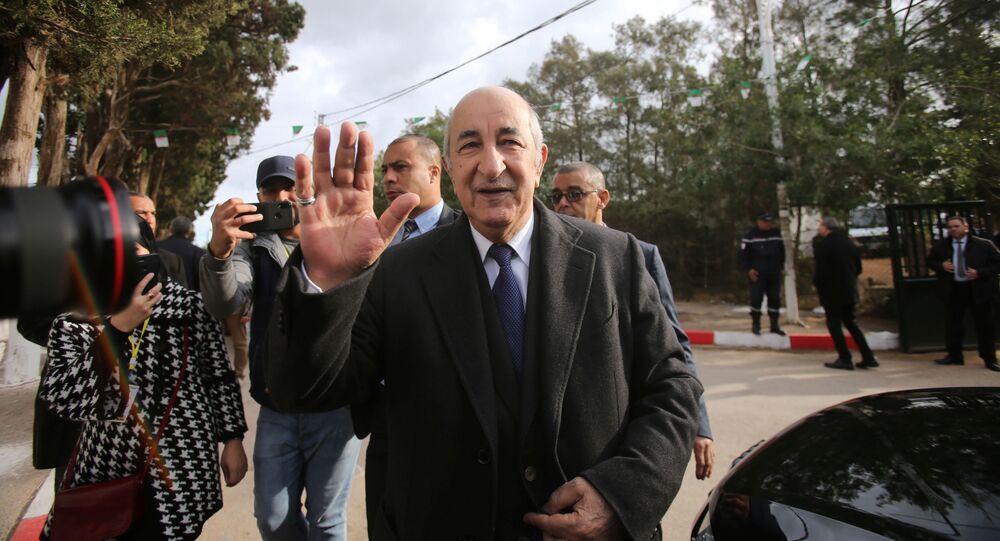 In February 2019, thousands of people took to the streets of Algiers after then-President Abdelaziz Bouteflika, 82, said he would run for another term. Facing public pressure, Bouteflika decided to resign in April.

Algeria's former Prime Minister Abdelmadjid Taboun appears to win the presidential election in the first round, having secured over 58 percent of votes, the head of the country's High Independent Authority for Elections said on Friday.

"I congratulate candidate Abdelmadjid Taboun on his victory, as we await the announcement of the final result of the vote," Mohammed Sharafi said at a press conference.

The voter turnout in the first round of the election, held on Thursday, slightly exceeded 39 percent.

In September, the People's National Assembly of Algeria - the lower house of the parliament - approved a draft law to ensure fair presidential elections, as well as resolve issues between government and the opposition.

© Photo : Alhagie Jobe/ Twitter
Ex-Tunisian President: Algeria Revolution 'May Contribute to Revival of Greater Maghreb Project'
The move came amid huge waves of protests that emerged in February after former president Abdelaziz Bouteflika, 82, said he would run for another term. Faced with public pressure, Bouteflika said in March he would not run for re-election. Then, in April, as protests did not stop, he resigned.

The rallies had continued, with participants calling for the old guard to be completely removed from power.

In early July, Bensalah announced a new initiative to settle the deadlock by engaging in a dialogue which would exclude members of both the government and the military.