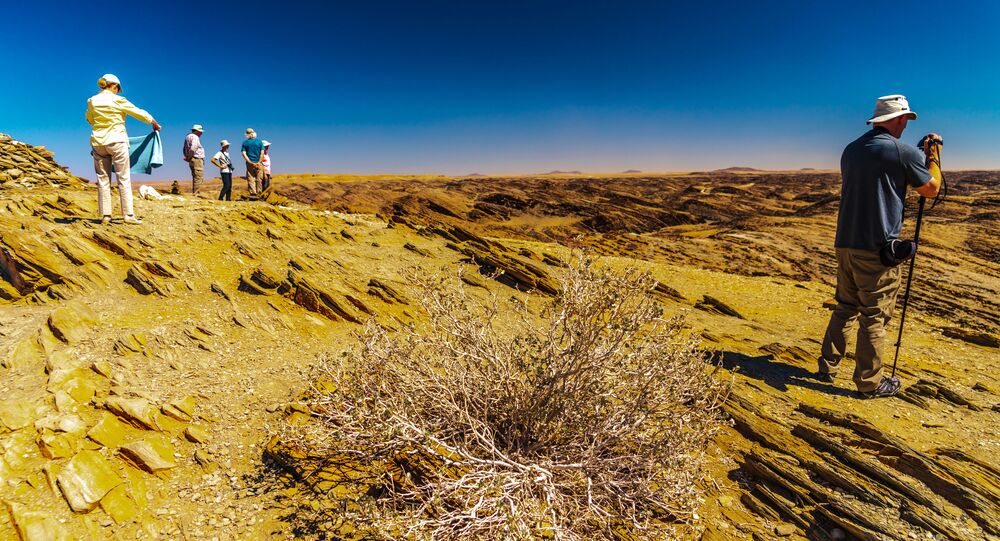 The previously established scheme involves handing over lands to the state, which was to distribute it evenly between those in need. White farmers were to be allotted “fair compensations”, but the plan didn’t work out, raising concerns about the possibility of forceful expropriation.

Geingob has since demanded a constitutional amendment that would allow for the forceful expropriation of white-owned farms, which account for nearly 70 percent of the total number found in the southwest African country. Meanwhile, white Namibians, who are mostly descended from former colonists from Germany and South Africa, make up six percent of the overall population.

The expropriation was designed to come with “fair compensation” to the previous white owners – something that revives memories of analogous land seizures in Zimbabwe in 2003.

Namibia adopted a "willing-buyer, willing-seller" approach to land reform after independence from South Africa in 1990.

Farmers wishing to sell their business must first offer it to the state, which parcels it into smaller plots and redistributes to "previously disadvantaged Namibians", as pledged by Geingob, who has been re-elected for another five year term.

However, there is at least one apparent setback to the approach: a thriving farm, purchased by the government and then handed over to someone else, will not necessarily be looked after well.

One land owner, cited by AFP, Helmut Halenke of Bavarian descent, like many others, expressed concern that land sales and purchases could cripple agricultural production unless “done in the right way”.

"You cannot take a man from under a tree... and put him on a farm", said Halenke. "You must enable people first", he remarked, adding, though, that the cash-strapped government is highly unlikely to buy out the white farmers’ land plots.

Meanwhile, neighbouring South Africa, which has a very similar distribution of land between its citizens, has been increasingly witnessing quite a few violent episodes involving racial rhetoric with regard to land proprietorship.

© AP Photo / Themba Hadebe
South Africa Tensions Boil as Group Calls on Blacks to Kill White Men, Women, Children, Dogs and Cats
Earlier this year, a number of local media outlets reported a spate of attacks on white farmers in South Africa that have left several gravely injured and a large number of people dead. The issue has long been an apple of discord in the nation, as the number of attacks is said to have risen lately from between 100 and 200 in 2012 to over 400 in 2018, per The Daily Caller.
...
Reddit
Google+
Blogger
Pinterest
StumbleUpon
Telegram
WhatsApp
615