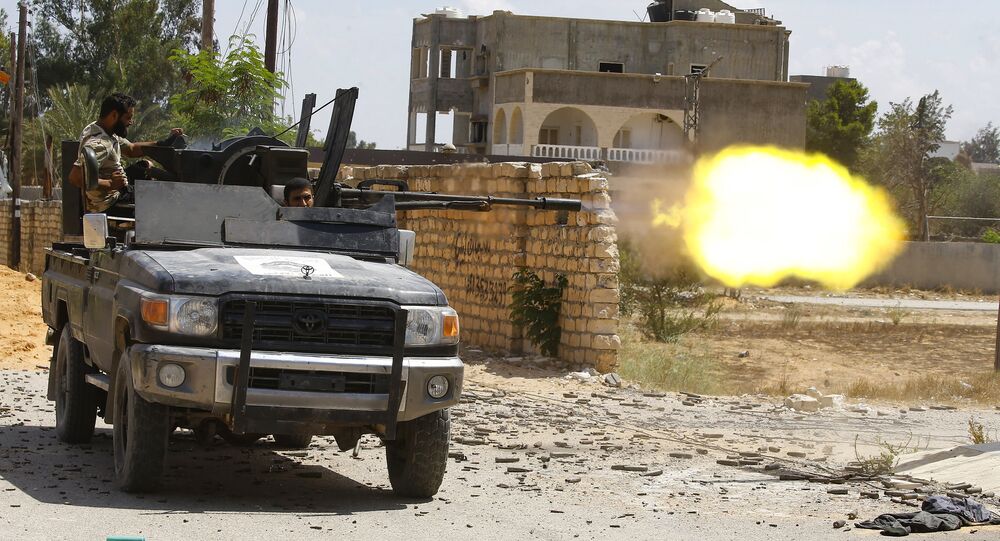 Clashes Break Out Near Presidential Palace in Libyan Capital - Reports

MOSCOW (Sputnik) - Clashes broke out in the vicinity of the presidential building in Libya’s capital between forces of the UN-recognised Government of National Accord (GNA) and armed groups, Saudi news outlet Al Arabiya reported Wednesday citing sources.

According to Al Arabiya, the gunfight began when armed groups opened fire at guards who were attempting to escort GNA Prime Minister Fayez Sarraj and other officials from the building.

The sources cited by Al Arabiya noted that Sarraj was in the building at the moment of the flareup in the fighting. It is not clear whether he remains there at present.

Libya has suffered from unrest since 2011, when its long-time leader, Muammar Gaddafi, was overthrown and killed.

The country is split between two rival governments, with LNA governing the country's east, and the GNA ruling in the west including Tripoli. Since early April, the LNA has been engaged in an offensive to gain control over Tripoli with GNA thus far holding up a resistance.