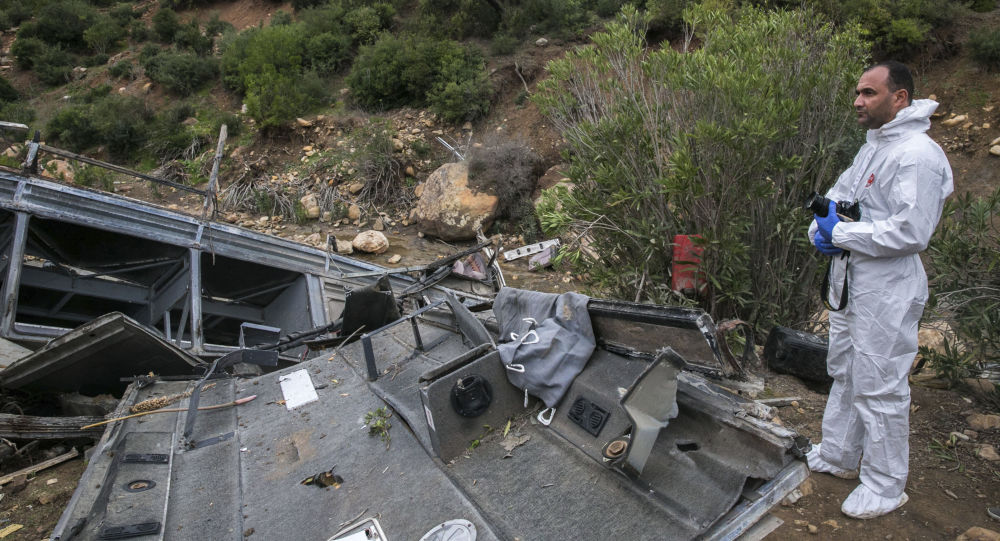 MOSCOW (Sputnik) - The death toll in a tourist bus crash in Tunisia on Sunday has risen to 26, Tunisian media reported citing medical sources.

According to Mosaique FM radio station, 20 out of the 26 victims have been identified in local hospitals in the province of Beja. Legal and technical procedures will delay their transport to capital city Tunis till Monday, the radio station said.

Earlier in the day, the bus with 43 people, mostly students and schoolchildren, on board was traveling from Tunis to Ain Draham when it fell off a cliff into a ravine not far from the Algerian border. Initial reports said that 22 people were killed and 21 others were injured. 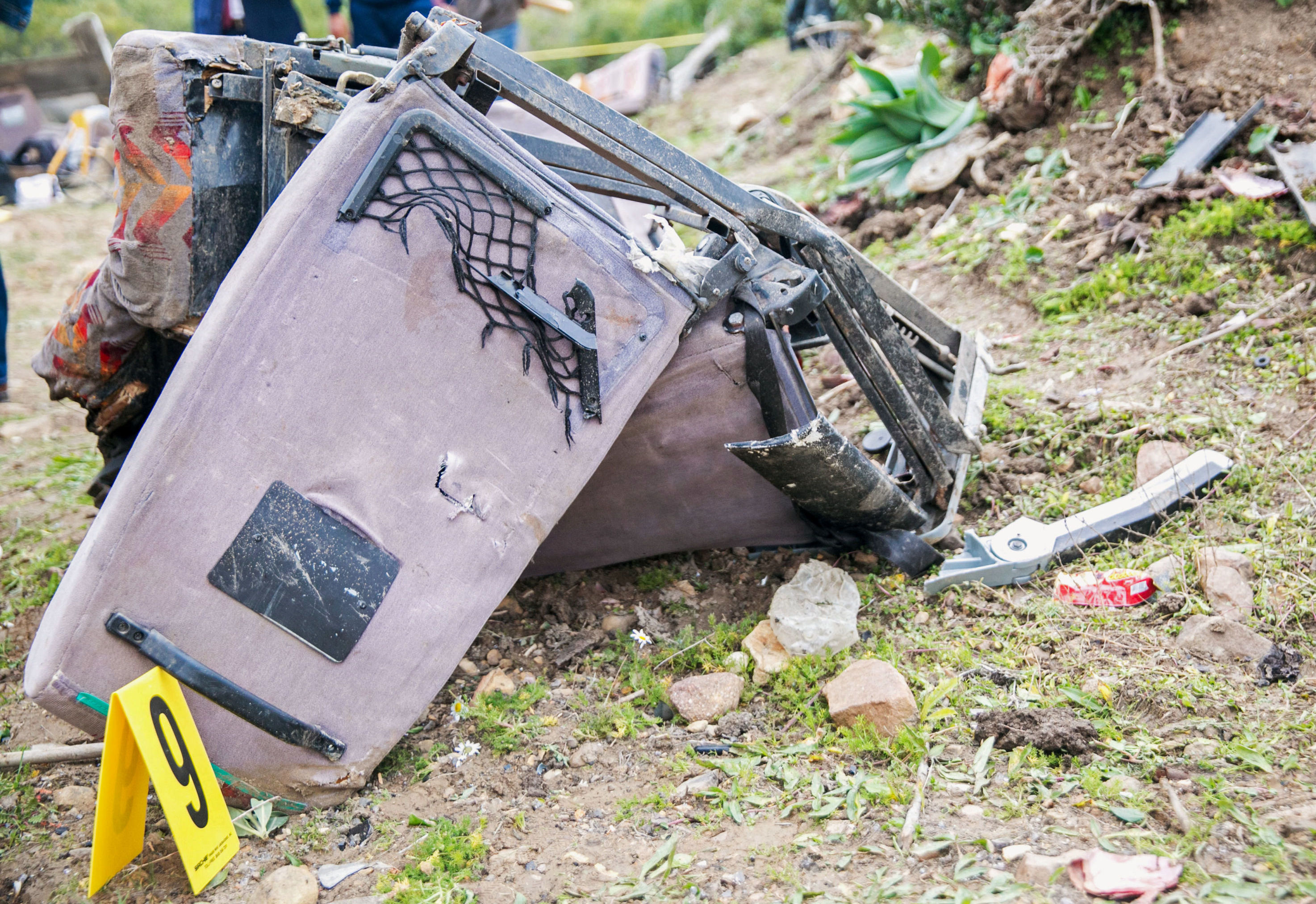 © REUTERS / STRINGER
Parts of the wreckage of a bus in the northern town of Amdoun, in Tunisia

The Russian embassy in Tunis said that no Russian nationals had been injured in the incident.

According to Tunisian media, the country's President and Prime Minister visited the scene of the crash. The Tunisian Health Ministry has launched a national campaign to donate blood for the victims.