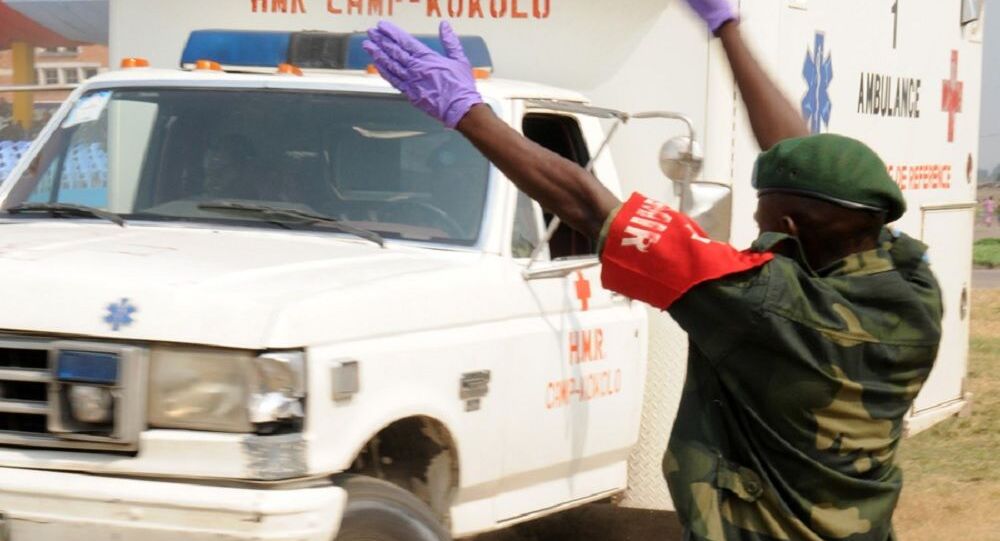 Heavy Gunfire Near UN Base in DR Congo's Beni - Reports

Earlier in the day, residents set fire to the town hall in Beni in the Democratic republic of the Congo after eight people were killed in a rebel attack.

According to media reports, heavy gunfire was heard outside a UN base near the eastern town of Beni, where people had gone to protest after an armed group killed eight civilians.

"Demonstrators smashed the external wall of one of our offices. Homes of United Nations personal were attacked and vandalised," a spokeswoman for the UN force said.

​The shooting reportedly came from Congolese security forces who sought to disperse the protest.

Earlier in the day, residents of Beni in the east of the Democratic Republic of the Congo set fire to the city hall in protest against the killing of civilians by militants, local radio station Radio Okapi reported.

Eight people were reportedly killed on Sunday evening in Beni. An attack on one of the urban areas was carried out by militants of the Allied Democratic Forces (ADF). The protesters laid the bodies of the dead in front of the city council and the building was set on fire.