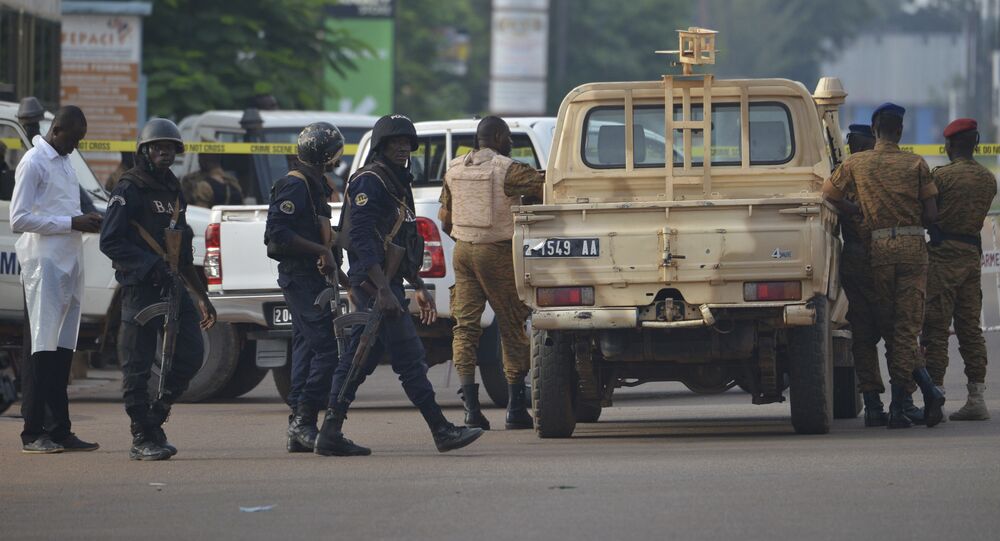 According to local reports, an armed group attacked a mosque in the village of Salmossi in the province of Oudalan in Burkina Faso on the evening of 11 October.

At least 16 people were killed and two were seriously injured following an attack on a mosque in Burkina Faso, security sources in the country said on Saturday, as cited by AFP.

"Armed men attacked the Grand Mosque in Salmossi between 7 and 8 pm (Friday), killing at least 16 people", a source told AFP, adding that 13 people were killed immediately, while three others succumbed to their injuries later.

#BurkinaFaso: A group of unknown gunmen made an incursion this evening into the village of Salmossi, #Oudalan Province, and killed thirteen people (provision toll) after opening fire in the local mosque pic.twitter.com/NluwEx4x03

According to an eyewitness from the nearby town of Gorom-Gorom, many Salmossi residents fled their homes following the incident.

Terror attacks have been increasing in the country recently, with more than 60 people losing their lives in armed clashes since the first week of September, according to local reports.

Last week, an unidentified gunman attacked workers at a gold mine in Soum province in northern Burkina Faso, leaving 20 people dead, as reported by security services.

Map of security incidents in #BurkinaFaso 🇧🇫 in September 2019.

A state of emergency was declared in the northern Sahel region, as well as in the western and central parts of Burkina Faso on 1 January 2019 amid increased terrorist attacks and is still in place in seven of the country’s 13 regions.

Over the last four years, more than 500 people have been killed and thousands have fled their homes following attacks by terror groups that began by infiltrating the northern part of the country, followed by other regions, with some incidents being linked to the al-Qaeda and Daesh terrorist organisations.

*al-Qaeda and Daesh (ISIL/ISIS/IS/Islamic State) are terrorist groups banned in Russia and many other states.