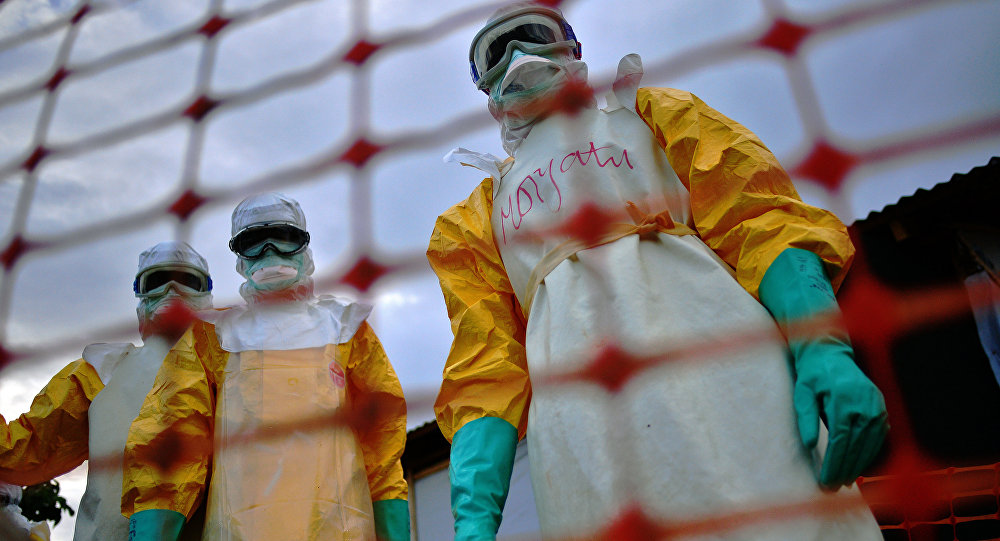 WHO Investigating Amid Fears of Mystery Illness in Tanzania

The Tanzanian government said Saturday that there had been no confirmed cases of Ebola in the country amid earlier reports that a local woman may have contracted and died from the deadly virus, which has killed thousands of people across western and central Africa in recent years.

The World Health Organization has sent a team of specialists to Tanzania to investigate the death of person due to an “unknown illness.”

“We have reached out to Ministry of Health officials [in Tanzania] for further details and have offered our support,” the UN health watchdog said on its website, adding that the decision to send the team was made “in line with our responsibility under the International Health Regulations.”

The WHO noted that it was investigating the cause of death “as a matter of urgency,” and promised to keep members fully updated on its investigation.

On Friday, after initially reporting on a suspected Ebola-related death of a woman in Tanzania, the US Centers for Disease Control updated its assessment, saying the death “probably” wasn’t caused by the deadly virus.

A local woman died in the Tanzanian capital of Dar es Salaam last Sunday, reportedly exhibiting symptoms common to several diseases which the CDC now says may have been related to dengue or malaria. The CDC said the woman was not thought to have travelled to an Ebola-affected area to contract the virus, or had any contact with an infected person.

No Confirmed Ebola Cases in Tanzania

Tanzania’s health ministry reported Saturday that there had been no confirmed cases of Ebola in the country. In a press conference, Tanzanian Minister of Health Ummy Mwalimu said there had been rumours about two cases of people contracting Ebola, but that these were not substantiated.

“We (as the ministry) took samples of those cases and I can confirm that they didn’t have Ebola,” Mwalimu said, her comments cited by local newspaper The Citizen.

Earlier this year, a medical student died in the Tanzanian capital of Dar es Salaam after post-graduate field studies in neighbouring Uganda, where several Ebola cases had been reported in recent months. According to The Citizen, the young woman developed symptoms including headache, fever, rash, bloody diarrhea in late August and sought medical attention at a private clinic, where she was initially diagnosed with malaria, before being hospitalised on suspicion of viral hemorrhagic fever, and placed in an isolation unit, where she later died. She was given a supervised burial.

Last month, WHO reported that some 260 Ebola cases had been detected in the Democratic Republic of the Congo, which borders both Tanzania and Uganda, during the last three weeks of July. Uganda launched an emergency Ebola response following the confirmation of that country’s first deaths form the virus in the East African country a month earlier. According to the DRC’s health ministry, nearly 1,400 people died from Ebola in that country between August 2018 and June 10, 2019.

First discovered by Belgian microbiologist Peter Piot in 1976, Ebola has been known to plague tropical regions of sub-Saharan Africa. The virus claimed the lives of over 11,000 people in west Africa  between late 2013 and early 2016, with a major outbreak reported in the DRC in 2017, and the WHO declaring the Congo outbreak a ‘world health emergency’ this summer. Although partially treatable, the virus has an estimated fatality rate of 50 percent, in part due to the limited availability of health care and vaccines in many of the areas affected. The 2014-2015 outbreak led to an international response, including an infection control and vaccination programme and the deployment of hundreds of doctors, expert volunteers and medical aid across the affected areas.