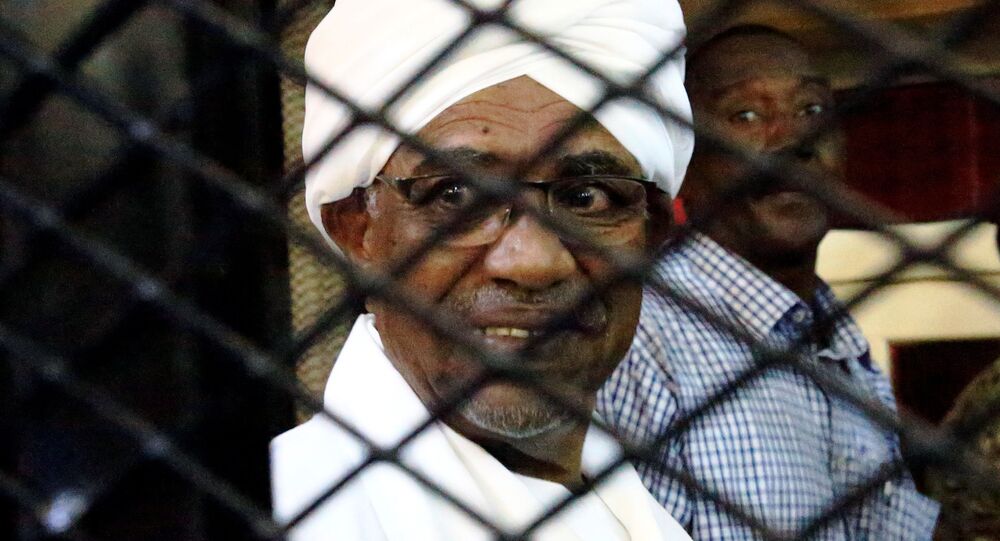 KHARTOUM (Sputnik) - Sudan's former President Omar Bashir claimed on Saturday during his first court hearing that the millions of undeclared dollars, which the authorities found in his apartment, had been given to him by Saudi Arabia's Crown Prince Mohammed bin Salman to be donated to Sudanese organizations.

"Saudi Crown Prince Mohammed bin Salman sent me 25 million euros [$27.5 million] in a private jet, part of which was converted to US dollars and local currency for the purpose of donating it to certain individuals and organizations in Sudan, including fast response agencies, the International University of Africa and a hospital," Bashir told the court.

While Riyadh has yet to comment on the claim, the former president added that Salman had not wanted the money transfer to be publicised so he did not submit it to the Sudanese treasury.

Large amounts of money were found in his residence in April after the former leader was toppled and arrested following months of nationwide protests against his rule.

Sudan has seen a wave of mass protests since December. Originally, people took to the streets to protest against the rising bread prices but later the protesters started demanding the resignation of the country's leader Omar Bashir.

Tensions escalated in April when Bashir, who had ruled the country for about 30 years, was detained by the military. He is accused of involvement in the killing of protesters during rallies against him, money laundering and financing terrorism. He is wanted by the International Criminal Court for suspected war crimes, genocide and crimes against humanity, committed during the 2003 military conflict in Darfur. His next court hearing is scheduled for 7 September.

Earlier this month, the 11-member Sovereign Council was formed to rule the country during a transitional period of 21 months. It is headed by General Abdel Fattah Burhan, who previously ran the Sudanese Transitional Military Council.